The government of Muammar Gaddafi said NATO strikes on Tripoli have killed 31 people, adding that Western leaders were not seeking a peaceful solution but escalation.

Waves of NATO aircraft hit the Libyan capital in the most sustained bombardment of the city since Western forces began air strikes in March.

Government spokesman Moussa Ibrahim told reporters it had been 'one of the most horrific days of attack', and the strikes had killed at least 31 people, including civilians.

Earlier Libyan leader Muammar Gaddafi promised that he would fight to the end, in a defiant speech broadcast on state television.

'We only have one choice: we will stay in our land dead or alive.'

He called on his supporters to gather at his Bab al-Aziziya compound.

However, describing planes flying overhead and explosions around him, Col Gaddafi was defiant.

He said he was ready to unleash between 250,000 to 500,000 armed Libyans to swarm across the country to cleanse it from 'armed gangs', a reference to the rebels controlling the east of the country.

Meanwhile, US President Barack Obama has said that it is just a matter of time before the Libyan leader is ousted.

At a joint news conference with German Chancellor Angela Merkel, Mr Obama described 'significant' progress in the NATO drive to protect Libyan civilians and rebels from attacks by Gaddafi supporters.

He said: 'What you are seeing across the country is an inexorable trend of the regime forces being pushed back, being incapacitated. I think it is just a matter of time before Gaddafi goes.' 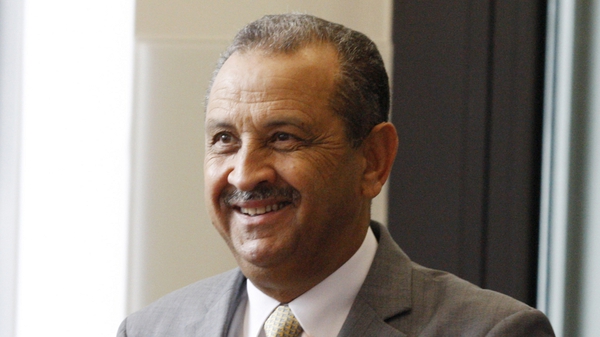