Syria has said 23 people were killed in yesterday’s protest near the Golan Heights after Israeli troops fired on Palestinian demonstrators at the frontier fence.

The United Nations said the toll was unconfirmed.

But the Israeli military said it counted 10 protestors dead.

'We are aware that around 10 of the casualties that the Syrians reported yesterday were killed by the fact that they used Molotov cocktails in the Quneitra area that hit some Syrian landmines,' Lieutenant Colonel Avital Leibovitz said.

'I think there is solid ground to believe that (the Syrian figures) are exaggerated,' she said. 'A big number of them died as a result of their own deeds.'

Asked whether any protestors were killed or wounded by Israeli fire, she was non-committal.

'We don't really know. There were a lot of charades. When someone was shot in the feet, they were carried away on a stretcher in front of the cameras,' she said.

In a statement in New York, UN Secretary-General Ban Ki-moon said there were ‘an unconfirmed number of civilian casualties from live (Israeli) fire’ and UN monitors in the area were ‘seeking to confirm facts’.

A Reuters journalist on the scene saw Israeli snipers firing at demonstrators and 10 people taken away on stretchers by other protestors.

Three weeks ago Israeli soldiers shot dead 13 Palestinian protestors who tried to breach Israel's frontiers with Lebanon and Syria during protests marking what Palestinians call the ‘catastrophe’ of Israel's founding in 1948.

Yesterday’s protest was held to mark the 44th anniversary of the Arab defeat in the 1967 Middle East war, when Israel captured the Golan Heights, as well as the West Bank and the Gaza Strip, where Palestinians want to establish a state.

Palestinians in Syria marched down from a hilltop overlooking the Druze village of Majdal Shams to the Israeli frontier, which before last month had been mostly peaceful for decades.

The leader of Lebanon's militant Hezbollah group, Sayyed Hassan Nasrallah, praised the ‘courageous’ demonstrators today and said they had sent ‘a clear message of insistence and commitment in this umma (community)’.

Israel has accused Syrian president Bashar al-Assad of allowing the Golan protests to try to divert the world's attention from his bloody suppression of the popular revolt against his authoritarian rule. 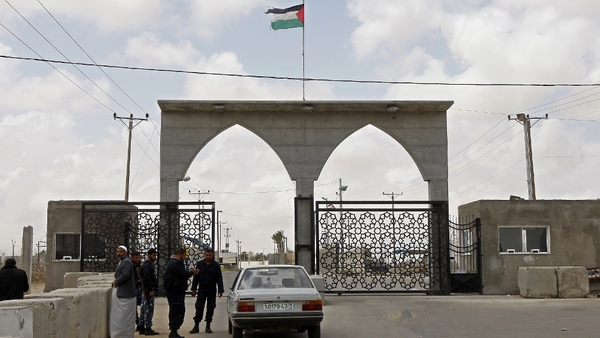