The Minister for Transport has said that reaction to a news story in The Sunday Times during which he referred to potential difficulty with Ireland returning to the markets was hyped, but he said he was not saying he was misquoted.

Leo Varadkar said the headline on the story misrepresented the comments he made, by saying he suggested Ireland may need a second bailout, which he said was not the case, he said he did not use the term bailout.

The Minister said he understood journalists would put a newsworthy ‘interpretation and spin on things’, which is why the Minister said that when it comes to commentary on ‘these matters’ he would be more careful what he says to people.

Asked if he was happy with how the Sunday Times Journalist Sarah McInerney represented the conversation he had with her, Mr Varadkar said he was not saying he was misquoted but he said the interpretation of what he said was ‘pretty much beyond what I was saying’.

The Minister said he did comment during the interview that Ireland would probably return to the markets in 2013, he said the matter reflects why Government Ministers need to talk to journalists in a different way they do as opposition spokespeople.

Asked if his comments and a number of comments by other ministers had demonstrated a lack of joined-up communications, the Minister said 'not in his view'. 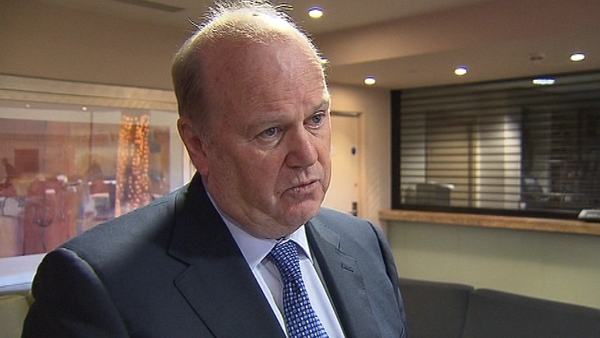