Fine Gael MEP and former GAA President Seán Kelly has ruled himself out of the upcoming Presidential election.

Mr Kelly confirmed last night that he would not be seeking the Fine Gael nomination because he wants to concentrate on his job in Europe.

Elected as an MEP in 2009, Mr Kelly said it was important for him to continue working in Europe, where he believes he can contribute a lot more to Ireland.

He said: 'I believe it is essential that Irish interests are protected at a European level and beyond.

'Now more than ever, Irish MEPs must continue to maximise the benefits of EU Membership whilst standing up for our needs and making sure Ireland's voice is heard.

'I would like to take this opportunity to thank my numerous well-wishers for their encouraging words and those who gladly pledged to assist me in the event of a campaign.

'I wish all candidates the very best in the election but of course, I will give my full support to whoever Fine Gael nominates for the position.'

Mary Davis, Sean Gallagher and Senator David Norris have said they would like to run as Independents.

Mr Kelly's fellow MEP Mairead McGuinness intends to run for Fine Gael and the party is expected to choose a candidate over the summer.

Fianna Fáil has yet to decide whether to nominate a candidate. 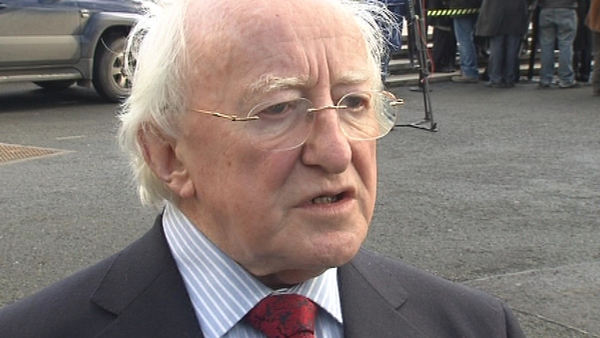