The IMPACT trade union says a review of the Croke Park Agreement will show it is delivering significant savings and the reforms required under the deal.

The union represents 25,000 local government and public service workers. The Croke Park review is due to be published before the end of the month.

The claim was made at a conference in Castlebar where delegates will later today express their strong opposition to any further cuts in Government spending on education and moves to reduce the holiday entitlements of workers.

Delegates at the IMPACT conference were told the union is confident the Croke Park agreement will run its full-term until 2014 and will not be re-negotiated or changed as a result of pressure from employers or their lobby groups.

Jerry King, chairperson of IMPACT's Local Government and Education Division, said figures compiled for the first review of the agreement would clearly show that extensive savings had been made in local authority and education budgets as a result of the deal.

He said he believed these figures would end any speculation or threats to collapse the agreement from the employer's side.

Frances Griffin, a social worker with Dublin City Council, highlighted the plight of a number of school children, in an area designated as disadvantaged, who have had their SNA support reduced to three days a week for two hours each day.

She said one pupil, who is incontinent, has to sit in his own excrement outside of that time until an SNA from elsewhere in the school can be located to come and change him.

Impact official Philip Mullen, who works with the SNA branch of the union, said the cuts have meant the SNA service is spread much thinner - increasing the likelihood that some children with special education needs won't have access to an SNA at all.

Later today the conference will discuss the Government's latest bid to standardise public service holiday and leave entitlements, including the controversial so-called privilege days off.

The union's National Secretary, Peter Nolan said what the review should address was the 'indefensible levels of leave which top managers and senior staff enjoyed' - some of them having leave entitlements of over 40 days a year.

Dealing with this rather than crucifying ordinary workers should, he said, be the Government priority. 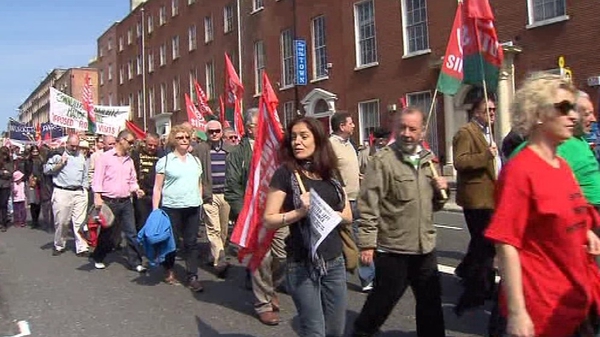