The Queen finished in Cork city after earlier touring the Rock of Cashel and Coolmore Stud.

The Queen and Prince Philip visited the 18th century English Market and the Tyndall Institute in Cork city.

1825 Historian John A Murphy tells Sharon Ní Bheoláin on RTÉ’s Six-One News that the 'Queen's Irish is as good as Gerry Adams'', after the monarch began her speech on Wednesday night with a cúpla focal.

1640 The Queen has indicated to the Taoiseach that she would like to return to Ireland for another visit. Mr Kenny said he invited Queen Elizabeth II to return as she boarded her flight at Cork Airport.

Mr Kenny said the Queen told him she and the royal party enjoyed the visit.

Mr Kenny paid tribute to everyone involved in the State visit. He said Ireland responded magnificently to the visit, from the President right down to ordinary people who showed restraint and understanding.

He said the Queen had received a real Irish welcome which he said demonstrated the importance of a new beginning for both islands.

1635 The Queen walked to the plane passing a courtesy army guard of honour. 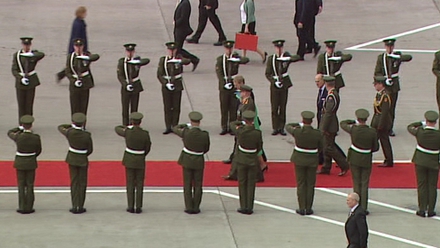 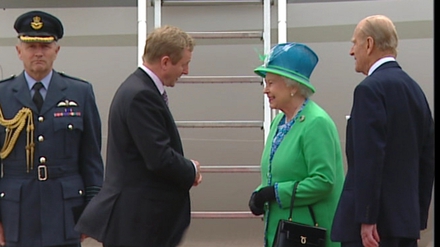 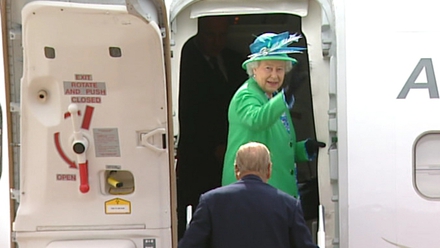 1602 Queen Elizabeth and Prince Philip have boarded their plane are preparing to depart.

1600 Crowds lining the streets of Cork for the final engagements of Queen Elizabeth's visit are estimated at more than 30,000.

1551 Taoiseach Enda Kenny has arrived at Cork Airport to see off the Queen and Prince Philip.

1541 The Queen has now left the Tyndall Institute and is making her way to Cork Airport.

1509 The Queen's walkabout delighted the crowds as, amid tight security, she and Prince Philip said hello. 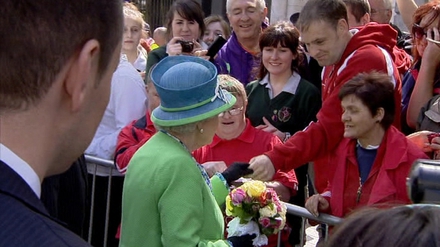 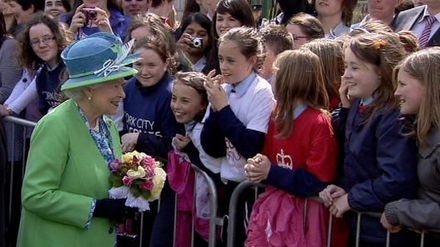 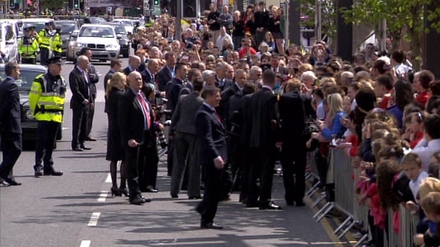 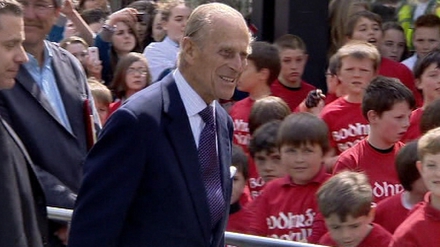 1458 The Queen and Prince Philip are saying their farewells and with a final wave to the cheering crowds, Her Majesty has climbed into her Range Rover to travel to her final engagement.

1456 It seems the walkabout may have been a last-minute decision, but the waiting crowds are delighted and Queen Elizabeth looks very pleased too.

1453 The Queen has left the market and has walked across the road to meet members of the public. Lots of concerned looking security men.

1438 The Queen has plenty of questions for O'Connell's fishmongers and is now meeting Michael Herlihy aka 'The Farmer' at his fruit and veg stall. 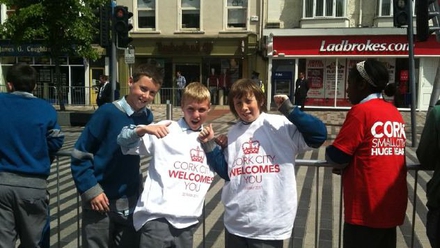 1436 Traders in the English Market are showing their wares to the royal couple who are taking a great interest in the wide range of goods on offer. 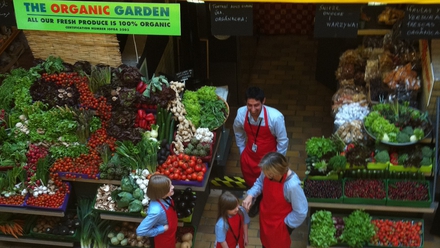 1432 Large crowds are cheering the Queen's arrival at the English Market.

1420 The Queen and the Duke of Edinburgh have touched down at Cork Airport and are now en route into the city centre.

1236 Gardaí in Cork say members of the public will be able to see the Queen as she is escorted in from the airport along the South Mall towards the English Market.

1233 A small group of protestors gathered in Cashel ahead of the Queen's visit to the Rock of Cashel this morning. 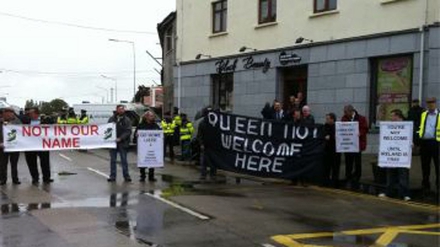 1226 Traffic restrictions have been lifted around Cashel town.

1146 The Minister for Agriculture has said it is unfortunate the Queen has not been able to meet with people on the streets during her visit to Dublin.

Simon Coveney said the British Ambassador has told him that the monarch wanted to meet with the public.

But he said security remains an issue and while the vast majority of people welcomed the Queen, there still is a security risk.

Minister Coveney said he had full confidence in the gardaí and their security operation, adding that it was an example of what Ireland can do as a small country organising a huge international event.

He said it was unfortunate that a small number of people felt the need to protest, but he said their right to do that had to be respected.

He added that people should remember that the world is watching Cork today. 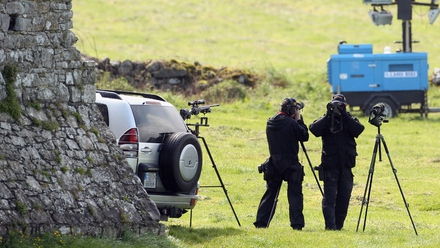 1142 AA Roadwatch is reporting that the Cork-Cobh/Midleton services have been suspended after a truck hit the rail bridge.

Bus transfer are not operating as the road is closed to traffic.

1125 The Queen is greeting local people and pupils from Cashel Community School as she makes her way back to her green Bentley at the end of her visit.

1123 The Cork City Manager has said preparations for the visit of Queen Elizabeth to Cork have involved more than 250 staff over the past weeks.

Tim Lucey said that a lot of the work taking place had already been scheduled and only around €180,000 extra has been spent by the City Council.

He said given the benefits of the visit to the city, it is a small cost.

1115 An Garda Síochána is in situ on the South Mall in Cork. 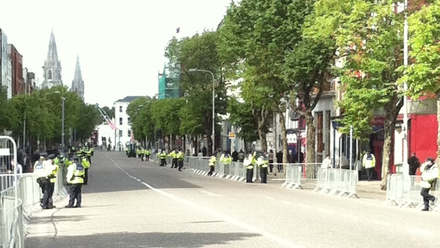 1113 The royal couple are signing the visitor's book while a harpist plays in the background.

1105 The Cashel Community School Choir is performing for the Queen at the north transept of the cathedral. 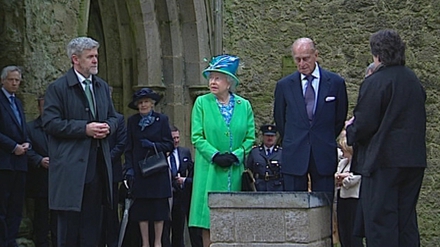 1050 Queen Elizabeth has arrived at the Rock of Cashel and was greeted by Minister for Public Expenditure & Reform Brendan Howlin and Dr Eugene Keane, of the Historical Properties Division at the Office of Public Works.

The Queen and the Duke of Edinburgh have begun their visit to the site and are being shown around the cathedral.

1050 The royal visitors landed in a field close to the Rock of Cashel and have made their way to the vehicles that will transport them to the site. 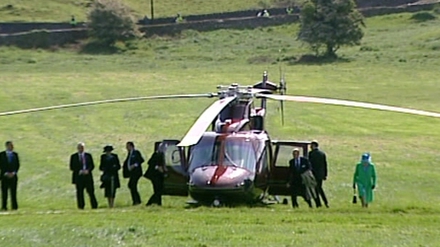 Traffic restrictions are in place on a 7km radius around Cashel until midday with diversions in place. Access to Cashel town is only via Friar St, Main St and Cahir Rd.

1024 Around 30 people are now protesting in Cashel. The protest is being organised by South Tipperary Sinn Féin, say the protestors.

The protest is being kept well back from the Rock of Cashel. Hundreds of others are out, trying to catch a glimpse of the Queen.

0955 There have been heavy showers in Cashel this morning.

0900 There are more gardaí than locals on the streets of Cashel. There has been no sign of any protests.