The Government has announced that the President of the United States, Barack Obama, First Lady Michelle Obama and Taoiseach Enda Kenny will take part in a public celebration of his visit at College Green in Dublin on Monday next.

Mr Obama will address the audience at the end of the entertainment which will involve many well-known Irish artists.

Sign posts, street lamps and bicycle racks are all being removed from College Green ahead of the event.

Contractors say the items will be returned on Tuesday when the visit is over.

Dublin City Council staff are also working in the area in preparation for the event.

Earlier in the day, President Obama will call on President Mary McAleese at Áras an Uachtaráin and visit his ancestral home in Moneygall, Co Offaly.

The College Green event will be open to members of the public and is free of charge, with no tickets being required.

To facilitate the large number of people expected to attend, security gates will open at 2pm on Monday.

Members of the public are advised to enter the security gates at the intersection of Parliament Street and Dame Street in front of Dublin Castle.

Members of the public should either proceed from the north on Parliament Street or from the west on Dame Street.

The public are also asked to please allow plenty of time to get to the event as many streets will be closed to traffic and parking in the city will be greatly limited.

Signs and banners along with food and beverages will not be allowed inside the event site.

Cameras and mobile phones will be permitted.

Further details will be released closer to the visit. 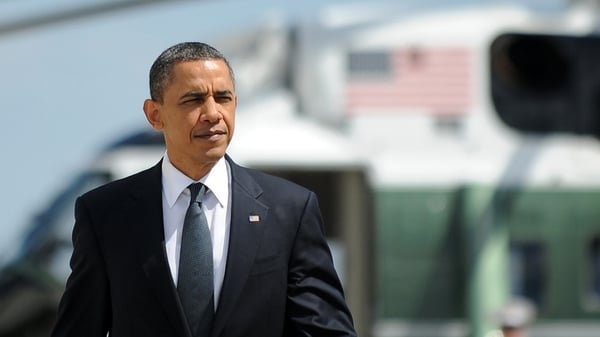