Minister for European Affairs Lucinda Creighton has said it is now 'unlikely' that Ireland will get agreement on a reduction on its interest rate next week.

Her comments came amid signals that the French government is taking a harder line on Ireland's corporate tax rate.

Minister Creighton suggested that the crisis over the size of the Greek debt had complicated the issue of Ireland's interest rate.

However, French sources told RTÉ News that Ireland was still not showing enough movement on the corporate tax issue.

Following several hints from the European Commission, it had been hoped that Ireland would be granted a 1% reduction in the interest rate it pays for the EU-IMF rescue package at a key meeting of eurozone and EU finance ministers next week.

However, in an interview with RTÉ News in Paris, Minister Creighton said the latest Greek debt crisis had made it now unlikely that agreement would be reached.

'Realistically... the likelihood is that the focus on Greece will take the Irish interest rate off the agenda for the time being,' she said.

'It's more complicated than we would have hoped because of the Greek situation.

'The Greek situation is making other rmember states more uncomfortable because they're beginning to question how much its going to require and there is concern about that.'

Earlier, a French finance ministery source told RTÉ News that signals from the Irish Government side that agreement was close on a reduction of the interest rate were 'a little optimistic'.

He said that the French government would like to see some movement from Dublin on both the Irish corporate tax rate and the question of the corporate tax base, a proposal on which was introduced by the European Commission in March.

'It's a little bit of both,' the source told RTÉ. 'We need an indication that there is a readiness on the part of Ireland to move on [both the corporate tax rate and the base].'

The remarks echo a report on the front page of the Financial Times this morning that Paris required an increase in Ireland's corporate tax rate in exchange for a reduction in the 5.8% interest rate Ireland pays for the bailout.

Minister Creighton was speaking after an hour-long meeting with her French counterpart Laurent Wauquiez at the French Minister for Foreign and EU Affairs.

She said the meeting was constructive, with both sides discussing a range of trade, farming and competitiveness issues.

Despite remarks carried on French radio yesterday by Mr Wauquiez, in which he accused Ireland of 'tax dumping' during what he described as an artificial boom, Minister Creighton said he had accepted that Ireland was different from Greece and Portugal.

She said: 'It was acknowledged by my counterpart that the fact that we have a very competitive and open economy, and an educated workforce, all of these factors distinguish us from Greece and Portugal.'

Ms Creighton said Ireland's campaign to convince some of our eurozone partners of the importance of the 12.5% corporate tax rate was 'getting through'.

However, she said it would take 'a lot more work and a lot more convincing, and while that may seem difficult to understand at home, they're coming from an entirely different position in France and other countries'. 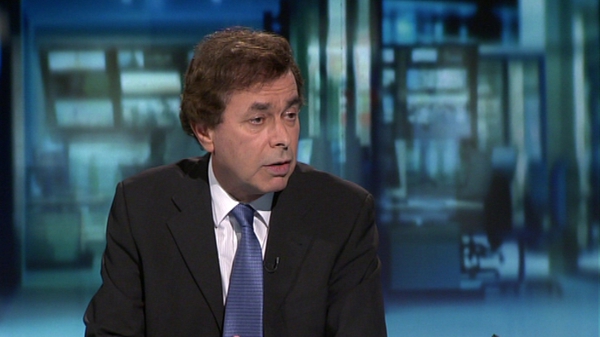