Sinn Féin President Gerry Adams has called on the leader of the Ulster Unionist Party to withdraw remarks he made about Sinn Féin and its supporters during last weekend's election results.

'I see many people here today with flags, many of them flags of a foreign nation,' he said.

As republicans cheered and heckled back at him, he added: 'I would expect nothing better from the scum of Sinn Féin. Their counterparts in the IRA have murdered our citizens.'

The comments have been widely condemned.

Speaking in West Belfast today, alongside Martin McGuinness, the Louth TD said Mr Elliott 'should not have said what he said'.

The UUP leader maintains that he was the subject of hostility from republican supporters at the time of the comments.

UUP deputy leader John McCallister said Mr Elliott had been tired when he made his remarks.

The UUP picked up 16 seats in the Assembly, which was a loss of two seatsfrom the previous election in 2007. 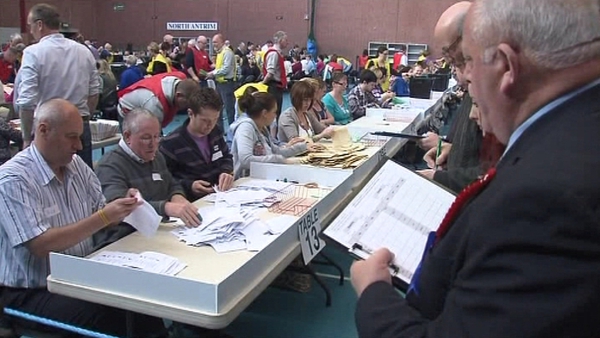