All 108 seats have now been filled in the Northern Ireland Assembly elections.

The DUP and Sinn Féin have maintained their position as the biggest parties in the Assembly.

The DUP won 38 seats, while Sinn Féin have 29 as both parties increased their representation at Stormont.

It was the opposite for the UUP and SDLP as they fell to 16 and 14 respectively.

It was a good result for the Alliance Party as they now have eight MLAs. The Traditional Unionist Voice and the Greens have one seat each, with an Independent also collecting a seat.

He said Constable Kerr wanted to serve his community and he wanted to dedicate himself to the vision he had.

Elaborating on that vision, Mr Robinson said Constable Kerr wanted to serve his community but had been blown into eternity by the hands of evil men.

Recalling the appeal made by Ronan Kerr's mother in advance of polling on Thursday, Mr Robinson said she wanted to ensure that people would come out to support the way forward peacefully in Northern Ireland, to have a united community and a shared society that we might go forward with real hope and real opportunity.

Mr Robinson's UUP counterpart, Tom Elliott, was not quite as conciliatory.

Mr Elliott has hit out at people waving Irish tricolours at the Omagh election count, refrerring to them as the 'scum of Sinn Féin'.

He labelled the tricolour 'the flag of a foreign nations'.

The leader of the Traditional Unionist Voice, Jim Allister, has said he is looking forward to being 'thorn in the flesh' of the DUP/Sinn Féin coalition.

The SDLP's Declan O'Loan, who was eliminated in North Antrim on the ninth count, has said he is disappointed at losing his seat but said that he had fought it to the last stage.

Mr O'Loan said his seat had been the most vulnerable SDLP seat going into the election because of boundary changes to the constituency, but he said his party could hold its head up high.

Northern Ireland is divided into 18 constituencies, each with six Assembly seats.

With the DUP and Sinn Féin, and possibly the non-sectarian Alliance Party, set to make a triumphant return to Stormont, the SDLP suffered a major casualty with the loss of outgoing MLA Tommy Burns.

After the shambolic counting process yesterday which infuriated all sides, there was further controversy in Omagh, Co Tyrone, earlier after the Deputy Returning Officer Martin Fox agreed to a total recount in the West Tyrone constituency after the DUP protested over ten missing votes.

They also claimed that several ballot papers, which they alleged were spoiled, were allow to be counted.

Two of the candidates, Sinn Féin’s Barry McElduff and Pat Doherty, had been deemed elected, but with four more places still be filled, Mr Fox granted a request for a recount of the first stage in the proportional representation process.

He did so even though last night he announced stage two - the redistribution of McElduff's surplus - would go ahead.

The leader of the Liberal Democrats in Scotland, Tavish Scott, has resigned following the party's poor performance in Thursday’s parliamentary elections.

The Lib Dems lost 11 of its 16 seats in the Scottish parliament.

Mr Scott, who was elected leader of the party in August 2008, said: ‘I want to announce that I am resigning the leadership of the Scottish Liberal Democrats with immediate effect.

‘Thursday's Scottish general election result was disastrous and I must and do take responsibility for the verdict of the electorate.

‘The party needs a new direction, new thinking and new leadership to win back the trust of the Scottish people.’

UK votes no to Alternative Vote

Voters in the UK have decisively rejected any changes to the way MPs are elected to Westminster.

The ‘No to AV’ campaign won the referendum with twice as many votes as those who wanted to change to the Alternative Vote system.

With only Northern Ireland left to declare, the ‘No’ campaign had attracted 12.6 million votes to the ‘Yes’ camp's 5.9 million - only 10 of 439 local areas voted for change.

Turnout for the second UK-wide referendum in history was higher than expected, at 41%. 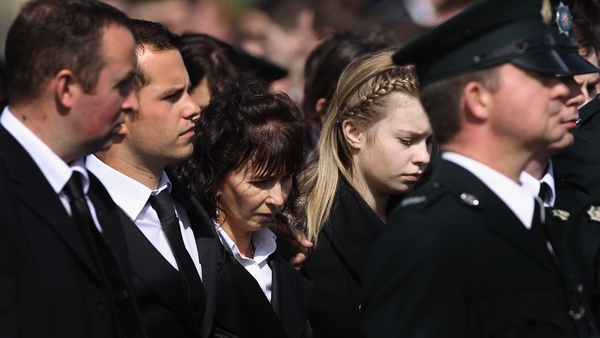