The counting of votes in the Seanad election is continuing.

The 11-seat Agricultural Panel has been filled.

Counting to decide the 11-seat Labour panel has begun.

Sinn Féin's David Cullihane and Labour's Maire Maloney were next to win seats.

Tony Mulcahy and Cait Keane - both from Fine Gael were the latest to elected from the Labour panel.

So far there have been no great surprises in this Seanad election, and it has been moving along as predicted.

It looks like the most intriguing battles will take place within Fianna Fáil between those who are on Micheál Martin's list of ten preferred candidates and those who are not.

Observers are predicting five will be successful.

There was a blow for the Fianna Fáil leader earlier when one his chosen runners, Sean Connick, was eliminated.

Today's count in Leinster House looks set to run into the early hours of tomorrow morning.

Meanwhile, the counting to decide who makes up the six seats on the Universities Panel has also begun.

It is expected those final results will not be known until tomorrow.

A total of 47 candidates are contesting the seats for the University Panel. Three will be elected by NUI graduates, with the other three elected by graduates of Trinity.

The remaining 11 are chosen by the Taoiseach. The final outcome will be known on Friday night. 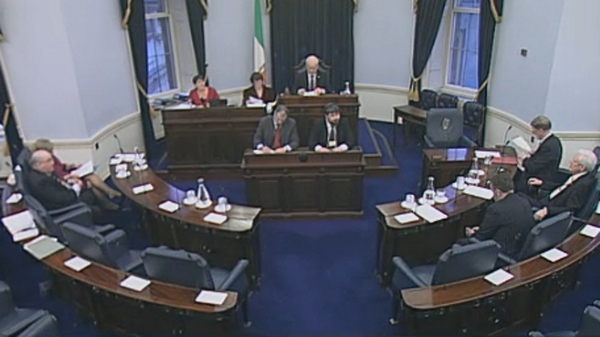