Insurance policy holders could have to make up a shortfall of around €600m once the sale of Quinn Insurance goes through.

Anglo Irish Bank and US insurance firm Liberty Mutual have agreed to buy the company, but it is understood they will not take on all of the company's debt.

It is expected that about €600m will have to be covered by the State because insurance companies must have enough funding to cover all of their customers' policies.

The State would make up the difference through the Insurance Compensation Fund.

If there is not enough money in this fund, then a levy of up to 2% would be charged on all non-life insurance policies.

All VHI policies are exempt from such a levy because of the make up of the company.

The levy will be charged to insurance companies and they can then decide whether to pass it on to customers.

To access the State's Insurance Compensation Fund, the administrators of Quinn Insurance will have to apply to the High Court. The fund is then administered by the Central Bank.

The administrators have not yet formally made this application.

Minister for Finance Michael Noonan warned a cross-border group of concerned TDs and Northern Assembly members two weeks ago there was a possibility this levy would be necessary.

In a statement, the Quinn family said 'in the first quarter of 2010, prior to the appointment of administrators, the Company increased its cash balance by €20m while reducing its open claims count by over 2,500.

'Additionally, at that time, the average claim reserves in Quinn Insurance were over twice the average of the market while settlements were running at one fifth of the amount provided for each claim.'

If the company was allowed to trade forward normally, it said, 'there was never any possibility of a call on the Insurance Compensation Fund.'

It said if today’s reports are correct it is 'a truly appalling admission by the Administrators of enormous damage they have caused to one of Ireland's most successful companies in just 13 months.'

Meanwhile, several hundred people took over the head offices of the Quinn Group for much of the day to demand the return of Sean Quinn and the removal of Anglo Irish Bank from the running of the companies.

Organised by the Cavan, Fermanagh, Leitrim Community Action Group, their key demand is the return of Sean Quinn to run the Group and so, they say ensure the survival of the businesses and jobs.

Inside they took over the office of their former boss and made their feelings clear.

The protestors included some Quinn workers as well as business people from the border region and concerned locals.

This afternoon, they were told Mr Quinn had been in touch, thanked them for their support and was now asking them to leave.

The protestors wanted to hand in a letter to the new management but eventually left after they were asked to by Mr Quinn. 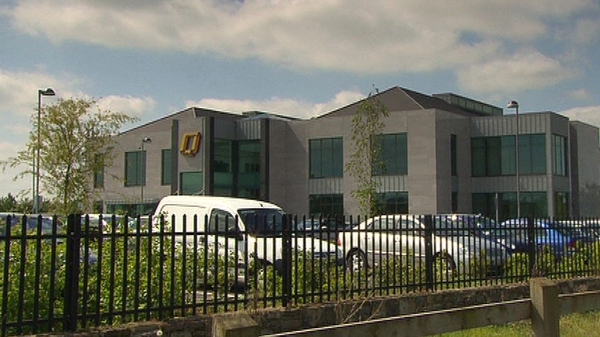