Minister for Social Protection Joan Burton has said there needs to be a public inquiry into the events that led to the EU/IMF bailout.

Her comments follow former Minister for Finance Brian Lenihan's remarks in a BBC radio documentary, that the European Central Bank ‘forced’ Ireland to take the bailout.

Ms Burton says all those who sat around the Cabinet table of the last government need to come before a Dáil inquiry to answer questions about what happened.

Three inquiries have been held into the collapse of the banks but Ms Burton says they were all held in private and none dealt with the role of the ECB or the former government.

She is in favour of an inquiry conducted by a Dáil committee.

The Government plans to hold a referendum seeking to give the Dáil powers to carry out such an inquiry, and compel witnesses to attend.

She said if Mr Lenihan was ‘bullied’ by the ECB we should know about it because it is very important to the future of Europe and for the current Government in dealing with the financial mess.

Irish taxpayers, according to Ms Burton, need to know what happened the night of the bank guarantee and in the weeks running up to the bailout, so that the country can move on.

Fianna Fáil has responded to Minister Burton's call for a public inquiry into the banking crisis.

A party spokesperson said: ‘Given that there have already been three lengthy and comprehensive inquiries into these issues, it is not clear what is to be gained from another inquiry.

‘However, we look forward to engaging with Minister Burton on any further proposals she may have when the Dáil resumes.’ 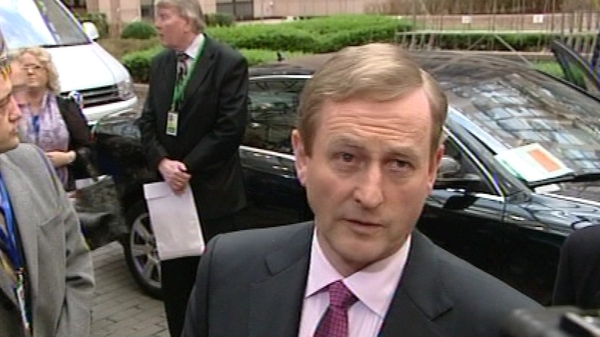