An operation to lift a former Aran Islands passenger ferry onto the deck of a large cargo ship in Galway harbour has been successfully completed.

The 76-tonne Clann Eagle was hoisted onto the deck of the 7,000 tonne freighter, the Thor Gitta, this afternoon.

It is now being secured on the deck of the ship.

The Thor Gitta hopes to sail from Galway to Mauritius at 8pm tomorrow night.

A sister ferry was successfully lifted onto the deck of the boat earlier this week.

The two ferries were owned by a Galway-based businessman but were sold to a French company when he got into financial difficulties.

They are to be transported to the Indian Ocean Island of Mauritius, where it is hoped they will go into service later this year. 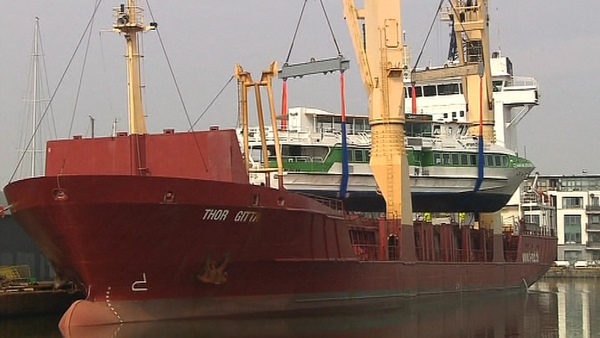