The head of US armed forces, Admiral Mike Mullen, has said coalition air strikes against ground troops in Libya have reduced their capability by more than 30%.

However, he said military operations in the country were moving towards a stalemate.

US Senator John McCain today called on his country to recognise Libyan rebels as the true voice of the Libyan people and transfer frozen Libyan assets to them.

Mr McCain, speaking to reporters while visiting the eastern rebel stronghold of Benghazi, also called for NATO to step up its air strikes against Muammar Gaddafi's military and said Western allies should provide rebels with training, weapons and command-and-control activities to help overthrow the Libyan leader.

‘I would encourage every nation, especially the United States, to recognize the Transitional National Council as the legitimate voice of the Libyan people,’ Mr McCain said. ‘They have earned this right and Gaddafi has forfeited it by waging war on his own people."

Senator McCain, believed to be the first US politician to visit Benghazi since the conflict broke out in late February, made the trip to Libya on his own.

US to deploy unmanned drones in Libya

US President Barack Obama has approved the use of unmanned predator drone aircraft in Libya to target Muammar Gadaffi's forces.

Rebel fighters have welcomed the deployment, which is taking place under NATO command, and said they hoped the move would protect civilians.

The aircraft, which are armed with missiles, are already used to target militants along Pakistan's border with Afghanistan.

US Defence Secretary Robert Gates said they would allow for more precise attacks in Libya against pro-Gaddafi forces.

He said the drones would not protect non-combatants - but would rather have the opposite effect. 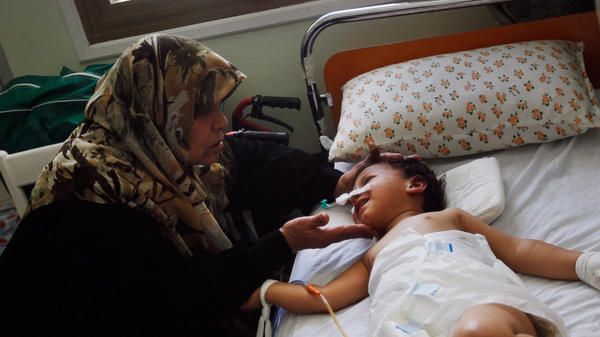