Tánaiste Eamon Gilmore has insisted that there will be no rush to sell off State assets.

Mr Gilmore was responding to Socialist Party TD Joe Higgins in the Dáil this morning.

Mr Higgins said Minister for Public Expenditure and Reform Brendan Howlin had indicated this morning that he would not delay in moving on the sale of State assets identified in the McCarthy report published yesterday.

The Tánaiste said Mr Howlin had indicated that the Government would not delay in relation to a decision on the measures to be taken in the McCarthy report.

Mr Gilmore repeatedly told the House that the report had been published and would be considered by the Government and each department.

He also said the Government was agreeable to holding a debate as soon as possible when the House resumes after the Easter recess.

He assured deputies that nothing would be sold before the debate was held.

Minister Howlin says the Government has succeeded in persuading the EU and the IMF that the proceeds of the sale of some State assets could be used in job creation programmes.

He said the proceeds could be used in this way, rather than solely to reduce the country's deficit.

Speaking on RTÉ's Morning Ireland, Mr Howlin said the argument was successfully made in the recent first-quarter review of Ireland's EU/IMF rescue deal.

With regard to retaining the Government's 25% stake in Aer Lingus, the minister said no decision would be made yet and he would be careful to ensure that competition remained in that sector.

The McCarthy review group on State assets and liabilities recommended a planned programme of asset sales to reduce the State's high level of indebtedness.

However, it warned against a rushed sale process, as this would 'inhibit attainment of value, and in many cases would not be prudent or even possible given the requirement for revised regulatory procedures and complex legislation.'

The review group has not put valuations on individual State assets in the report as they depend on many factors, including what a buyer will pay.

The net asset value of commercial company assets whose disposal is recommended is about €5bn, but the review group warns that this is no more than a rough guide to what might be realisable. 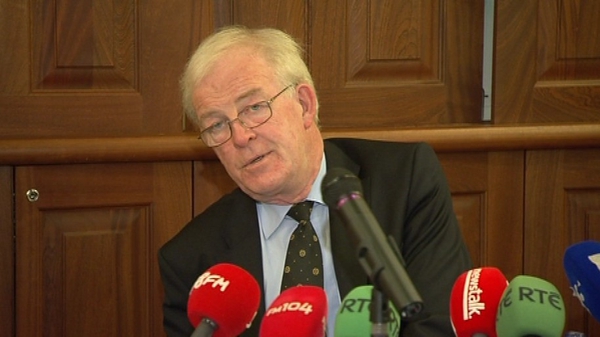