It will be Wednesday before the next attempt to move the two Aran Island ferries that have been at the centre of a series of incidents in Galway Harbour.

The boats are to be transported to the Indian Ocean island of Mauritius on board the 7,000 tonne Danish-registered cargo ship the Thor Gitta.

Two attempts to load them onto the deck of the ship have been unsuccessful.

On the first attempt three men were injured when a sling broke as one of the ferries was being hoisted. It fell 12 metres back into the water.

The second attempt to lift the ferries was abandoned when an alarm on the Thor Gitta's lifting crane went off.

He said if they were found to be capable of taking the weight of the two ferries the next lift would be attempted on Wednesday morning. 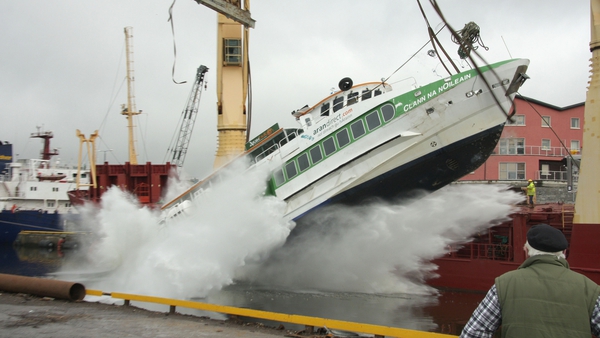