Fighting has intensified in the Libyan port of Misrata, as government forces attempt to retake the city after a two-month siege.

A rebel spokesman has accused Colonel Muammar Gaddafi of trying to create a humanitarian crisis in the only rebel-held western city.

Doctors in the city say they are struggling to cope with the number of casualties from the bombardment by pro-government forces.

Residents of Misrata have also accused the besieging forces of indiscriminate bombing and shooting.

French Foreign Minister Alain Juppe said yesterday that a new UN resolution to push the Libyan leader into quitting was unnecessary, and German Economy Minister Rainer Bruederle suggested frozen Libyan funds be diverted to the United Nations to pay for aid to victims of the conflict.

Loud explosions rocked Misrata and, in the east, heavy fighting was reported as rebel fighters, bolstered by NATO air strikes, pushed on from the crossroads town of Ajdabiya towards the strategic oil town of Brega.

Six people were killed and 31 wounded in Misrata on Saturday, a similar number to Friday's casualty figures.

In Ajdabiya, another six died and 20 were wounded. 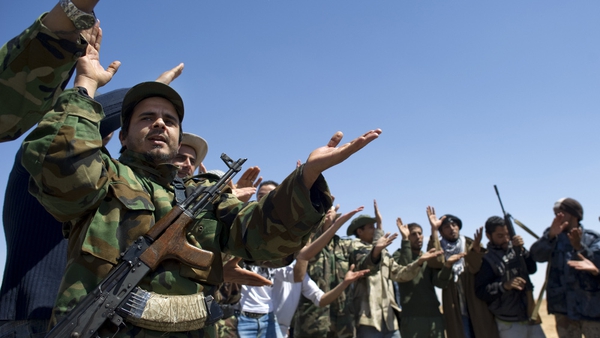