Delegates at the Civil Public and Services Union annual conference in Athlone have voted unanimously to take industrial action if the Government introduces further pay cuts and to withdraw co-operation with reforms under the Croke Park Agreement.

The union, which represents the lowest paid civil servants, said such co-operation had been tied to a guarantee of no further pay cuts before 2014.

However, members had experienced significant cuts in their take-home pay as a result of the 2010 budget.

CPSU General Secretary Blair Horan said the union would now have to hold a ballot of members as was standard practice when contemplating industrial action including a withdrawal of co-operation.

Up to now the CPSU has operated a policy of ‘constructive ambiguity’ on the Croke Park deal.

Members voted to reject the agreement, but have operated it on a pragmatic, case-by-case basis.

Mr Horan said today's vote would force the union to take a clear decision on whether it was in or out of the agreement.

He also said that explicitly rejecting the agreement could mean that members would lose the guarantees of no compulsory redundancies or further pay cuts before 2014. 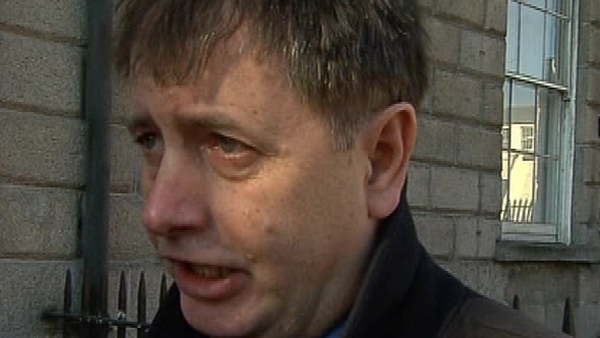