Voters in Iceland rejected a second plan to repay debts to Britain and the Netherlands from a bank crash, partial referendum results showed, and the prime minister said economic and political chaos could follow.

‘The worst option was chosen. The vote has split the nation in two,’ Prime Minister Johanna Sigurdardottir told state television, saying it was fairly clear the ‘no’ side had won.

With around 169,000 votes in the referendum counted, state television said almost 60% had rejected the agreement, based on results from five out of six voting districts.

Iceland has 230,000 voters but the turnout was not immediately available.

The prime minister, who had predicted a no vote would cause economic uncertainty for at least a year or two, did not say whether the government planned to resign.

‘We must do all we can to prevent political and economic chaos as a result of this outcome,’she said.

The debt was incurred when Britain and the Netherlands compensated their nationals who lost savings in online ‘Icesave’ accounts owned by Landsbanki, one of three Icelandic banks that collapsed in late 2008.

Icelandic lawmakers in February backed the repayment plan agreed with creditors in December but the president refused to sign the bill, triggering the vote.

Many Icelanders say taxpayers should not have to bail out irresponsible banks.

Dispute may go to European Court

The dispute over repayment has soured relations between the small North Atlantic island nation and the two other countries.

It may now be solved in a European court rather than in bilateral talks - a solution that may take several years and that some economists say would be much costlier.

‘It is clear that we have reached the end of the negotiation road,’ Finance Minister Steingrimur Sigfusson said.

Ms Sigurdardottir said Iceland would now defend its case before the court of the European trade body overseeing Iceland's cooperation with the EU, the EFTA Surveillance Authority (ESA).

Economic Affairs Minister Arni Arnasson said he would be in touch next week with ESA, which said last year, in a first stage in legal proceedings that Iceland should pay compensation to Icesave depositors.

Policymakers and economists have said solving the Icesave issue would help Iceland, whose economy fell into deep recession after its banks failed, get back into foreign credit markets to fund itself.

That is a condition for it to remove controls on capital flows it imposed in 2008 to stabilise a tumbling currency.

The controls have left an estimated equivalent to a quarter of Iceland's gross domestic product in the hands of foreign investors, many of whom are expected to want to pull out when controls are lifted.

Ratings agencies follow the vote closely. Moody's has said it may lower its credit rating on Iceland in case of a ‘no’.

Britain's Chief Secretary to the Treasury Danny Alexander said he was disappointed that Icelanders had again rejected the debt deal, adding that the issue would now probably go to the courts.

‘It is obviously disappointing that it seems that the people of Iceland have rejected what was a negotiated settlement,’ Mr Alexander told BBC television.

‘Of course we respect the will of the Icelandic people in this matter and we are going to have to now go and talk to the international partners with whom we work, not least the government of the Netherlands. It now looks like this process will end up in the courts,’ he said.

‘I am very disappointed that the Icesave agreement did not get through. This is not good for Iceland, nor for the Netherlands. The time for negotiations is over. Iceland remains obliged to repay. The issue is now for the courts to decide,’ Mr de Jager said in a statement.

He added that the Netherlands will consult with Britain about taking further steps. 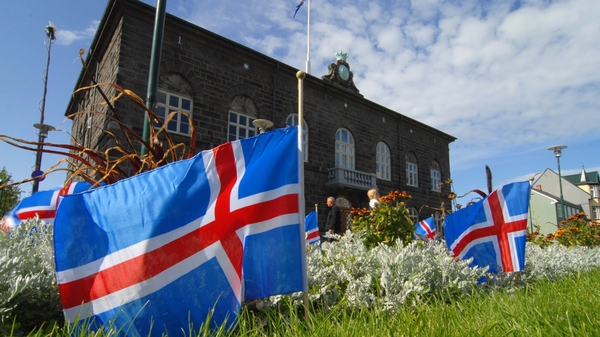