Contamination from the radioactive leak at the Fukishima nuclear plant in Japan was found in milk tested in Ireland last weekend.

The Food Safety Authority says small traces of radioactive iodine were found but says the levels are minuscule and pose no concern for consumer health.

Similar findings have also been reported in France and Greece.

The plant was severely damaged by the earthquake and tsunami last month.

Plant operator Tokyo Electric Power (TEPCO) said a chemical agent had been used to solidify soil near a cracked concrete pit, from where large volumes of highly radioactive water had been seeping into the sea.

Despite the breakthrough in plugging the leak, engineers need to pump 11.5m litres of contaminated seawater back into the ocean because they have run out of storage space at the facility.

The seawater was used to cool over-heated fuel rods.

Nuclear experts said the damaged reactors were still far from being under control almost a month after they were hit by a massive earthquake and tsunami on 11 March.

TEPCO said it had stemmed the leak using liquid glass at one of six reactors that were damaged in the world's worst nuclear disaster since Chernobyl in 1986.

‘The leaks were slowed yesterday after we injected a mixture of liquid glass and a hardening agent and it has now stopped,’ a TEPCO spokesman told Reuters.

Engineers had been frantically struggling to stop leaks from reactor No 2, even using sawdust and newspapers.

Neighbours South Korea and China are getting concerned over the nuclear crisis and radioactive water being pumped into the sea, local newspapers reported.

‘We are instructing the trade and foreign ministries to work better together so that detailed explanations are supplied especially to neighbouring countries,’ Chief Cabinet Secretary Yukio Edano told a news conference.

The low-level radioactive water to be pumped into the ocean is equivalent to five Olympic size swimming pools.

Workers are struggling to restart cooling pumps - which recycle the water - in four damaged reactors.

Until those are fixed, they must pump in water to prevent overheating and meltdowns, but have run out of storage capacity for the seawater when it becomes contaminated.

A floating tanker is being converted to hold contaminated seawater and is due to arrive at the plant site by 16 April.

Japan is facing its worst crisis since World War Two after the 9.0 magnitude earthquake and tsunami left nearly 28,000 people dead or missing and thousands homeless, and rocked the world's third-largest economy.

It will likely take months to finally cool down the reactors and years to dismantle those reactors that have been damaged.

TEPCO has said it will decommission four of the six reactors.

Concerns over a possible build-up of hydrogen gas in reactor No 1 has lead engineers to inject nitrogen gas into the reactor today to avoid a hydrogen explosion, TEPCO said.

Hydrogen explosions ripped through reactors 1 and 3 early in the crisis, spreading high levels of radiation into the air.

The key to bringing the reactors under control is the extent of damage to the plant's cooling system, said analysts.

In a sign the cooling systems may be severely damaged, the Sankei newspaper reported on Wednesday that the government and TEPCO were considering building new cooling systems for three reactors to operate from outside the reactor buildings.

Kyodo news agency quoted a government source as saying the authorities were also considering covering damaged reactors with special sheets to halt radiation leaks. But they could not be installed until September due to high levels of radiation.

The world's costliest natural disaster has hit Japan's economy, left a damages bill which may top $300bn, and forced the heavily-indebted country to plan an extra budget. 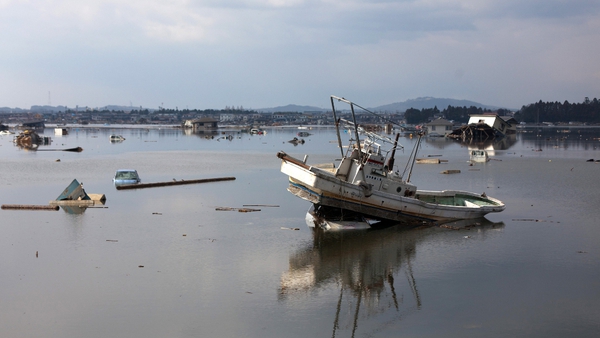 Intensive search for bodies in Japan