Figures from the Department of Finance show that the gap between Government borrowing and spending in the first three months of this year was just over €7bn, up from €3.9bn in the same period last year.

The Exchequer deficit was swollen by €3bn paid to Anglo Irish and Irish Nationwide, the first portion of the money committed to the two institutions last year.

This was mainly due to weakness in income tax and VAT. The income tax take, including the universal social charge, was €125m short of target, while VAT was €179m below expectations.

Finance Minister Michael Noonan said the tax shortfall was not significant overall, but he expressed concern about the performance of income tax and VAT, saying they would need to be closely watched in the coming months.

Compared with the same period last year, the tax take was up 3.7%. VAT receipts are 3.3% below last year, though income tax is almost 10% ahead due to the inclusion of the universal social charge.

The total cost of servicing the country's debt in the first quarter was just over €1.4bn, up €663m from the same period last year.

'It is essential that whatever decisions are taken by the new Government that those targets continue to be met.'

The Construction Industry Federation Director Martin Whelan has said that 'productive capital investment creates employment, additional Exchequer revenues provides for Ireland's future growth, yet it is bearing a disproportionate burden of Ireland's fiscal adjustment when contrasted with the treatment of non-productive current spending, the source of our structural budgetary imbalance.' 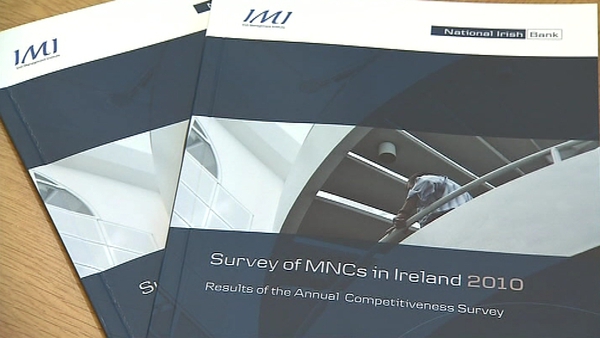