United Nations troops in Ivory Coast have taken control of Abidjan airport amid a curfew called by Alassane Ouattara’s government.

Reuters quoted unnamed UN and security sources as saying the UN had taken control of the airport.

Mr Ouattara’s government has declared a curfew from this evening until Sunday morning.

Marcel Amon Tano, Mr Ouattara's chief of staff, said the curfew was needed ‘for security reasons’ and would run from 9pm through to 6am each day.

The security source, who asked not to be named, said UN-armoured vehicles had been dispatched to the airport and there were no longer any policemen or members of the gendarmerie present.

A source at the UN peacekeeping mission, who also could not be named, said: ‘Yes, it's true.

But they asked us to take it over. The gendarme commander surrendered.’

French forces were patrolling in some parts of Ivory Coast's main city of Abidjan, according to Reuters.

One source told Reuters that soldiers from the 1,000-strong French Licorne force in Ivory Coast had been deployed in Zone 4, in the south of the city.

A Western military source said others were sent to rescue French nationals being attacked in the Deux Plateaux neighbourhood by youth supporters of Laurent Gbagbo, the incumbent leader who has refused to leave office since a disputed election last November.

‘Laurent Gbagbo must step down to avoid a bloodbath. Hopefully he will or we will go and fetch him,’ Mr Soro told AFP.

‘The ultimatum, it is 7pm. We give Laurent Gbagbo until 7pm to resign.’

Residents reported heavy fighting near the state broadcaster, RTI, as well as in neighbourhoods in the south of the city after pro-Ouattara forces swiftly advanced on the lagoon-side city from several directions.

Mr Gbagbo has refused to step down after a November election that UN-certified results showed he lost, triggering a bloody standoff that has killed hundreds and rekindled the country's 2002-2003 civil war.

‘I call on you to serve your country... It is time to join your brothers in the Republican Forces,’ Mr Ouattara said in a statement.

South Africa's government said that Mr Gbagbo's army chief of staff, General Phillippe Mangou, had sought refuge at its ambassador's residence in Abidjan, in one of the biggest blows yet to Mr Gbagbo's grip on power.

In a four-day sweep, pro-Ouattara forces reached Abidjan after taking the key cocoa port of San Pedro and the official capital Yamoussoukro after advancing over hundreds of kilometres since the start of this week.

At least 472 people have been confirmed killed since the standoff began, according to the UN, and a humanitarian crisis is worsening, with a million people displaced from the commercial capital Abidjan alone. 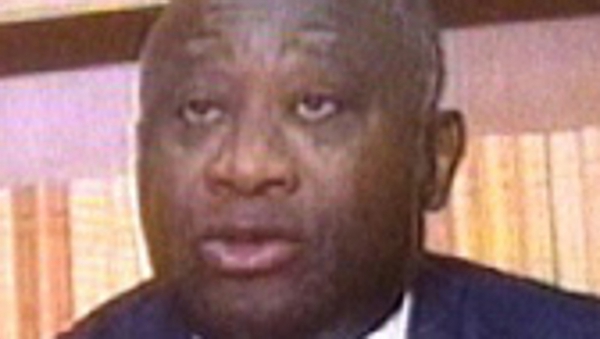