In Baden-Wuerttemberg state, where anti-nuclear sentiment has been mobilised by Japan's nuclear breakdown, the Greens and Social Democrats (SPD) were set to win 47.3%, eclipsing the Christian Democrats who held power there for six decades.

Merkel's CDU and their Free Democrat coalition partners, big backers of nuclear power, won a combined 44.3%, according to projections at 1800 GMT in the state of 11m people.

Analysts said the loss would cause Merkel some headaches in her party, with many disconcerted by recent policy decisions; but they thought an immediate leadership challenge was unlikely.

"The horrible pictures from Japan and the horrible events in Japan was the main issue over the last two weeks," said defeated CDU state premier Stefan Mappus. "There was no other campaign topic and the winds from Berlin were also blowing against us."

"This is a historic victory," said Winfired Kretschmann, 62, the Greens leader in the state. "We will change things."

The Greens' 13% advance was mirrored in another state election on Sunday in Rhineland-Palatinate, where the SPD held onto power and was likely to form a coaltion with the Greens.

SPD chairman Sigmar Gabriel called the vote a clear rejection of nuclear power: 'This was a referendum against nuclear power and the people decided they don't want it.'

Economy Minister Rainer Bruedele from the FDP called his party's ejection from Rhineland-Palatinate's assembly a bitter defeat and blamed "events in Japan, war in Libya and the euro debate".

Last month Merkel's conservatives were ousted in Hamburg in a state election and lost control of North Rhine-Westphalia, Germany's most populous state, last May.

Merkel's policy U-turns on nuclear power, military action in Libya and the euro zone debt crisis turned the closely-watched Baden-Wuerttenberg contest into a virtual referendum on the performance of her 1 1/2-year-old centre-right government.

She abruptly shut down seven of Germany's 17 nuclear plants right after the disaster in Japan and put on ice plans to extend the use of atomic energy by 12 years from 2022 -- moves that voters and analysts described as a campaign ploy.

I hope that the anti-nuclear movement will be strengthened across Europe with this election result," said Renate Stephan, 65, an accountant. "That was the main issue."

"This is the beginning of the end for Merkel," said Lienhard Bauer, a 53-year-old banker in Stuttgart. "I've been a CDU party member for more than 30 years but I didn't vote CDU this time."

Merkel could face some turbulence. After her SPD predecessor as chancellor, Gerhard Schroeder, lost North Rhine-Westphalia in 2005, he called a snap election and lost. But analysts believe she will quickly be able to steady her reeling party.

Anti-nuclear sentiment and criticism of Merkel's confused stance were big issues in a state where environmentalists were already mobilised by opposition to a major infrastructure programme in the state capital, a railway project in Stuttgart. 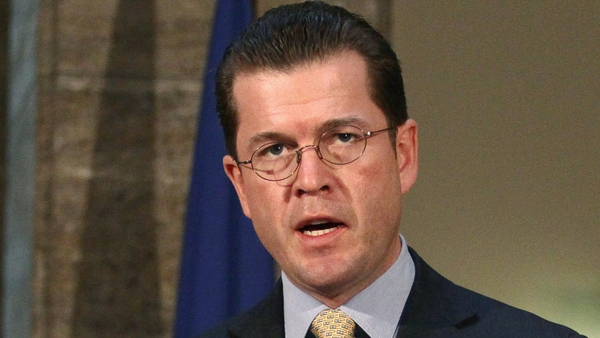