Up to one million people have now fled fighting in the city of Abidjan in Ivory Coast, as violence escalates in a four-month power struggle.

France and Nigeria have called on world powers to sanction incumbent leader Laurent Gbagbo and his inner circle and ban heavy weapons in Abidjan. This latest appeal comes days after the UN warned that forces loyal to Gbagbo had access to attack helicopters and rocket launchers.

'The massive displacement in Abidjan and elsewhere is being fuelled by fears of all-out war,' Melissa Fleming, spokeswoman of the UN refugee agency UNHCR told a news briefing in Geneva.

Ivory Coast has descended to the verge of civil war following a disputed election in November last year which Alassane Ouattara is recognised internationally to have won. Gbagbo has refused to step down, saying the results were rigged.

The violent stand-off has led to 462 confirmed deaths.

In Abidjan, a city of 4 million, areas where fighting has occurred were deserted, shops were boarded up or looted and houses abandoned.

The UN agency says at least a further 70,000 are known to be displaced in western Ivory Coast, but the refugee agency has been unable to monitor that area due to fighting.

Another 100,000 Ivorians are understood to have fled to Liberia.

'We are very concerned this conflict could spill into Liberia,' said the UNHCR spokesperson who has just returned from Monrovia with UN High Commissioner for Refugees Antonio Guterres.

The UN human rights office said on Friday it was looking into allegations that 200 nationals of Mali, Burkina Faso, Senegal, Guinea and Togo were killed near Guiglo, in the west. 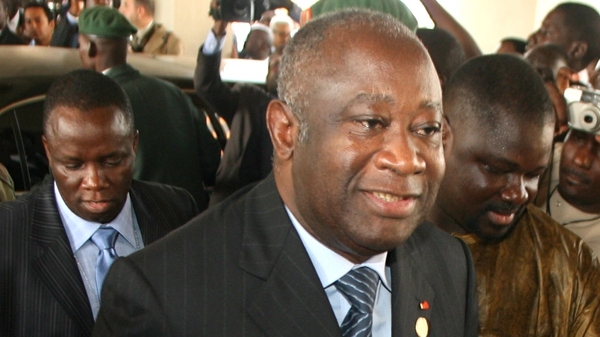