The second and final report of the Moriarty Tribunal into the business dealings of Charles Haughey and former communications Minister Michael Lowry has been published today.

Here are the main points from the report:

-It is ‘beyond doubt’ that Michael Lowry imparted substantive information to Denis O'Brien which was 'of significant value and assistance to him in securing the licence'.

-Mr Lowry deprived the Government of its decision-making function. The Tribunal's report describes Mr Lowry has having a ‘strategy’ of depriving Government of an opportunity to scrutinise and review the result of the process.

-Mr Lowry bypassed consideration by his Cabinet colleagues and thereby not only influenced, but delivered the result for Esat Digifone.

-In advance of the closing date of the competition, Esat Digifone had available to it confidential information regarding the weighting matrix adopted by the project group that it was not entitled to have.

-The report refers to Mr Lowry's ‘cynical and venal abuse of office’ and his brazen refusal to acknowledge the impropriety of his financial arrangements with Mr O'Brien and Ben Dunne.

-Mr Lowry used a ‘groundless rumour’ relating to the Persona consortium to his advantage and displayed an appreciable interest in the process and had irregular interactions with interested parties at its most sensitive stages.

-The ‘most pervasive and abusive instance’ of Mr Lowry's influence was his action in withdrawing time from the Project Group, when it had requested an extension to its work because it was not convinced that Esat Digifone should be nominated as the winner.

-Mr Lowry ‘misled’ the party leaders as to the clarity and certainty of the result that he had recommended.

-Mr Lowry sought to overreach his own party leader, John Bruton, by ‘intimating that the Government should have no discretion’ in the matter.

-The $50,000 donation to Fine Gael was made through Telenor on behalf of Esat Digifone.

-The Tribunal report criticises the Fine Gael party for not revealing the clandestine nature of the €50,000 donation made by Mr O'Brien after his company won the mobile phone licence.

-The report finds that Mr Lowry displayed qualities ‘similar in nature’ to Charles Haughey and says Mr Lowry's actions have cast a ‘further shadow’ over this country's public life.

-The Moriarty Tribunal has described Mr Lowry's actions in influencing the awarding of the mobile phone licence as ‘disgraceful’ and ‘insidious’.

-Mr Moriarty says greater precautions ought to have been taken to segregate those conducting the evaluation of the process from their political master. 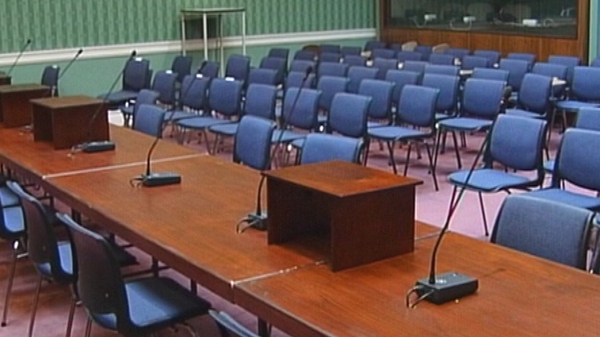