Developments at a damaged nuclear reactor in Japan are 'very serious', the UN nuclear watchdog chief said as he prepared to head to the country to assess the situation.

Yukiya Amano said he hoped to fly to Japan tomorrow for a one-day trip and needed more information from authorities there.

He also said damage to the core of three units at the Fukushima Daiichi nuclear reactor had been confirmed.

Japanese crews have been trying to prevent a nuclear meltdown by dumping water on the stricken Fukushima nuclear power plant.

The plant has been hit by a series of explosions after Friday's earthquake and tsunami knocked out reactor cooling systems.

The Department of Foreign Affairs is still advising Irish nationals against all non-essential travel to Japan.

Britain has advised its citizens in Japan to consider leaving Tokyo and the area north of the capital because of the crisis.

The US has warned its citizens living within 80km of the damaged Fukushima nuclear plant in Japan to leave the area or seek shelter.

That no-go zone is much wider than the 30km radius perimeter set up by the Japanese.

It follows a warning from the US Nuclear Regulatory Commission that there are 'extremely high' radiation levels at the plant.

NRC chairman Gregory Jaczko said that there was now no water left in the spent fuel pool of reactor 4 at the Fukushima plant.

'In addition to the three reactors that were operating at the time of the incident, a fourth reactor is also right now under concern,' he added.

'What we believe at this time is there has been a hydrogen explosion in this unit due to an uncovering of the fuel in the spent fuel pool,' he said, noting the explosion happened several days ago but its effects were cause for concern.

France's Nuclear Safety Authority (ASN) earlier said that the 'next 48 hours will be decisive.'

Meanwhile, the European Union's energy chief has said that the situation at the plant has spun out of control.

One day after he said Japan was facing 'apocalypse', Commissioner Guenther Oettinger told a European Parliament committee that the situation is threatening a deeper catastrophe that could cost more lives.

Concern has also been mounting that the crews dealing with the crisis might be too few in number, or were possibly exhausted after working nearly round-the-clock since Friday's catastrophe.

The authorities withdrew 750 workers yesterday, leaving only 50 to deal with the crisis.

Japanese Prime Minister Naoto Kan yesterday urged people within 30km of the facility - a population of 140,000 - to remain indoors.

Officials in Tokyo said radiation in the capital was ten times normal at one point this week, but not a threat to human health in the sprawling city.

Residents have reacted to the crisis by staying indoors. Public transport and the streets were as deserted as they would be on a public holiday, and many shops and offices were closed.

Winds over the plant are forecast to blow from the northwest today, which would take radiation towards the Pacific Ocean.

The plight of hundreds of thousands left homeless by the quake worsened overnight following a cold snap that brought snow to some of the worst-affected areas.

While the death toll stands at 4,314, more than 8,606 are listed as missing and the figure is expected to rise.

About 850,000 households in the north are still without electricity in the freezing weather and the government says at least 1.5m households lack running water.

In a rare public appearance, Japanese Emperor Akihito said he was praying for the people's safety and expressed his deep concern about the escalating nuclear crisis.

'The number of people killed is increasing day by day and we do not know how many people have fallen victim,' Emperor Akihito said in an address on live television.

'I pray for the safety of as many people as possible.'

He also said he was 'deeply concerned' about the 'unpredictable' nature of the situation at Fukushima.

'I sincerely hope that we can keep the situation from getting worse,' Emperor Akihito said.

Meanwhile, Tánaiste and Minister for Foreign Affairs Eamon Gilmore said the Government has approved €1m in emergency funding for the Red Cross relief operation in Japan.

The Japanese Embassy in Dublin has opened a book of condolence. 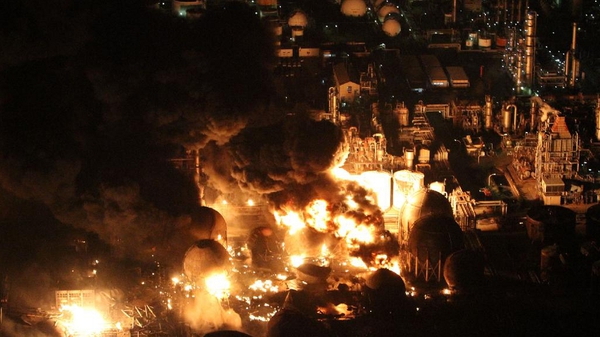