RTÉ is to reduce its workforce by between 50 and 60 people because of the financial situation at the company.

Management told unions this morning that a voluntary redundancy and early retirement scheme was being prepared and would be discussed with them later this month.

A statement from the broadcaster said: ‘Representatives of the RTÉ Trade Union Group and management met this morning as part of an ongoing series of meetings to discuss the financial situation at the organisation.

'Management confirmed that plans are being prepared for a voluntary redundancy/early retirement programme.

‘The terms and criteria will be discussed at a further meeting on 23 March.

‘It is envisaged by management that between 50 and 60 posts will be covered by the two programmes.

‘In the context of pay, the company confirmed that it is seeking a continuation of the current pay reduction, alongside a suspension of increments for a 12-month period.

‘At the end of the 12-month period there would be a review and independent verification.

‘Management and the TUG have agreed to refer the non-payment of increments as a matter of dispute to the conciliation process of the IRT (Industrial Relations Tribunal).’ 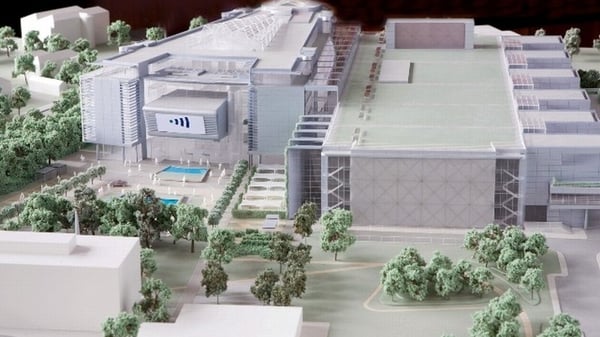 RTÉ gets planning for new complex