Enda Kenny has said that there is real resistance among some countries to burden sharing by senior bondholders.

He said that 'there were strong comments that it was not a runner.'

Speaking at an EPP summit in Helsinki, Mr Kenny said Ireland wanted to 'pay its way and play its part', but it could only do so in a programme which is sustainable and in a way that would allow Ireland to create jobs and bring about recovery.

He said that 'the current situation is not going to allow that to happen,' that the terms of the bailout would not permit recovery.

Mr Kenny said that Ireland is 'in a different situation from when the interest rates were agreed that welfare rates had been cut and that unemployment and taxes had risen.

Regarding the competitiveness pact, he said it should be focussed to allow for sustainable growth and economic recovery.

Mr Kenny said that 'there is a great deal of good will for Ireland, and these other leaders want to support and to show some solidarity with us.'

He said the Irish electorate wanted to know the scale of the difficulties facing the economy and the banking sector.

If burden sharing was to be 'closed off' there had to be a measure of flexibility shown in terms of maturity dates or interest rates.

There was resistance to it in many countries - while it was a serious issue in the election, there has to be another measure of flexibility shown.

He said that as Taoiseach he would invite Herman Van Rompuy, the president of the European Council, to Ireland to see for himself the effects of the austerity measures.

He said that part of Europe's problem was that some countries were not being strict enough.

In a news conference during a meeting of leaders from European centre-right parties, Barroso said Ireland's Taoiseach elect, who has been pressing for easier terms on a bailout loan, should be supported for his determination.

Finnish Finance Minister Jyrki Katainen, speaking at the same news conference, said leaders at the meeting were discussing the need for stricter rules and the possibility of sanctions. 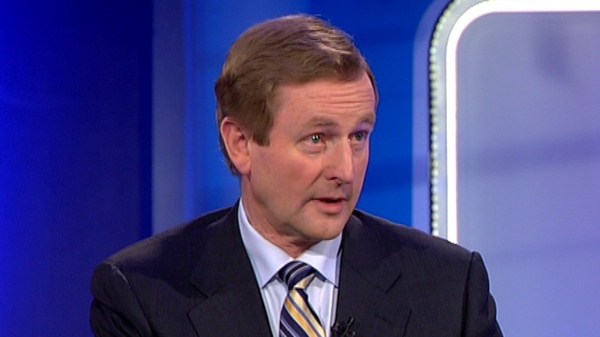