Smithfield horse owners have predicted 'uproar' following the announcement that half the square will be unavailable for the biggest fair of the year this Sunday.

Dublin City Council says it has started construction works to upgrade the Smithfield Plaza and has asked people to stay away this Sunday.

It has also warned that the works will cause disruption to the fair for several months.

A spokesman for the Smithfield Horse Owners' Association John Farrell said: 'This is the first I have heard about this, there is going to be uproar.'

Mr Farrell said the council was aware this Sunday's event is going to attract large numbers of people and predicted the square is going to be 'choc a bloc'.

He also criticised the timing of the announcement, saying that people were coming from all over Ireland and Europe having booked their trips months in advance.

Dublin City Council has asked the government for new legislation that would allow it to shut down the market, which dates back hundreds of years.

Under present law it would be required to provide an alternative site, which the council says it cannot afford.

In a statement last October, the city manager said the fair is run by a number of individuals who do not have insurance or an event management plan.

A health and safety survey commissioned by the council found significant risks in all 16 categories examined.

The Dublin Society for the Prevention of Cruelty to Animals also wants the fair closed and has said it supplies animals that end up being mistreated or neglected all over the city. 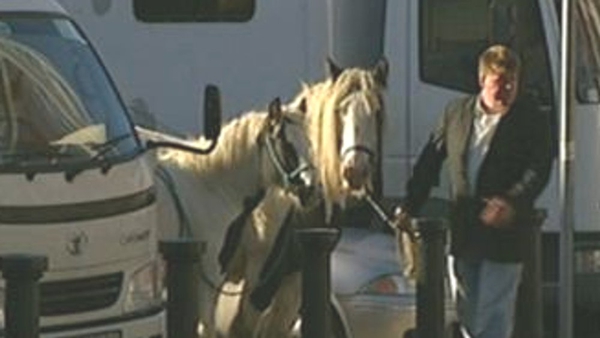