The Italian government has requested European Union assistance in dealing with a wave of Tunisian migrants who have left their home country after last month's uprising.

An estimated 5,000 Tunisians have landed on the Mediterranean island of Lampedusa in recent days.

The authorities on the island, which lies just 100km off the coast of Tunisia, have declared a state of emergency.

As well as financial assistance, Italy has asked for the intervention of the EU's border management agency, Frontex, and placed an additional 200 soldiers on alert to supervise the centres where the migrants are staying.

Italian Prime Minister Silvio Berlusconi told EU President Herman Van Rompuy in a telephone conversation that the situation 'is urgent and concerns all of the European Union and needs to be addressed in that way,' a government statement said.

The massive influx has become a hot topic for the EU.

Mr Van Rompuy said that he 'shares' Mr Berlusconi's view and said he was prepared to hold talks 'as soon as possible' among EU leaders, the statement said.

However, the transitional government is struggling to tackle rampant unemployment and regional disparities that were at the heart of the unrest. 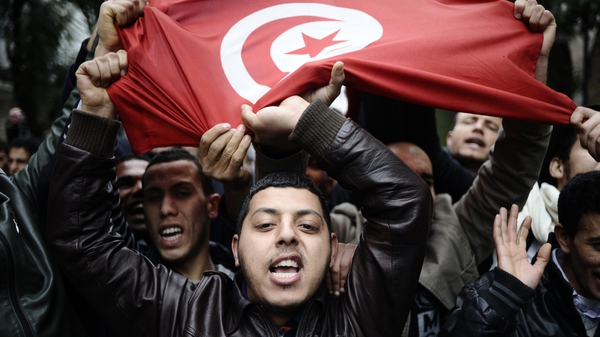