Hundreds of thousands of women rallied in Rome and other cities, incensed by Prime Minister Silvio Berlusconi's sex scandal which they say has disgraced Italy.

‘Women are offended. The image of our country that Berlusconi is presenting to the world is just unbearable,’ said 52-year-old Roberta Nicchiarelli at a rally in Rome.

The protests in more than 200 towns in Italy and even some cities abroad reflect growing anger among women at the prostitution scandal that has engulfed the premier, who has long counted conservative women among his key voters.

Members of the premier's ruling centre-right PDL party branded the protests as a radical, politically motivated act by the opposition, but political party flags were noticeably absent from most rallies.

Prosecutors filed a request on Wednesday to bring Berlusconi to trial, accusing him of paying for sex with a nightclub dancer known by her stage name ‘Ruby’ when she was under 18, which is illegal in Italy.

The 74-year old billionaire premier has dismissed the accusations as ‘disgusting and disgraceful’. He says he has done nothing illegal and that he is the target of those who wanted to carry out a political ‘coup by moralists’.

Leaked wiretaps from the investigation have been splashed over newspapers for weeks with references to bundles of cash, talk of sex games and gifts that would-be starlets received after attending parties at the media mogul's villa.

‘Women in Italy are only seen as objects of desire. We want a country with more dignity,’ said Patrizia Rossi, a retired teacher among tens of thousands attending a rally in Milan.

The case has provoked a backlash among some women who have long complained about how they are portrayed in the media, including television owned by Berlusconi's Mediaset empire, on which girls are commonly seen in skimpy clothes as cameras zoom in on their breasts and legs.

Campaigners say the increasingly one-sided image of women as sex objects has promoted a culture in which women see selling their good looks as the only route to success in a country where a third of young people are unemployed.

The protest, organised on the Internet under the slogan "If not now, when?", was supported by several prominent Italian authors, actresses and politicians and accompanied by an online petition to defend female dignity. 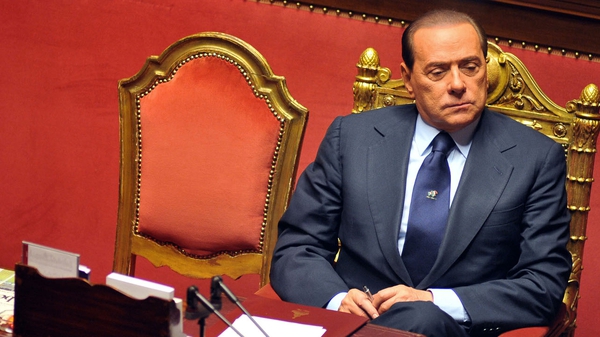