Mr Noonan told RTE's Six-One news that he could not understand how Brian Lenihan could unilaterally decide to postpone the latest injection of capital.

On the same programme, Mr Lenihan denied that the timing of the announcement was suspect.

He said the Fianna Fáil-led Government no longer had a majority in the Dáil and did not have a mandate to make this type of decision.

He said it did not represent a renegotiation of the bailout package, but was simply an extension of the time limit.

The Government is postponing further injections of money into AIB, Bank of Ireland and the EBS Building Society until after the election on 25 February.

In a statement, the Department of Finance said the decision was taken to allow the election to take place before the necessary injections are made by a newly-elected government.

Under the EU/IMF programme, the Irish authorities agreed to ensure that the three institutions would meet targets set out by the Central Bank by the end of February.

But Finance Minister Brian Lenihan has told the European Commission, the IMF and the ECB that the Government believes this issue should be addressed by the incoming Government.

'Even without further capital injections these banks are adequately capitalised and the short delay poses no regulatory or stability issues,' a statement said.

Anglo Irish Bank chairman Alan Dukes has said that the bank will not require any further capital beyond the €29-34 billion range as outlined last year by the Central Bank.

Under the IMF/EU bail-out package, €35 billion can be made available to the financial system, of which €10 billion is expected to be used immediately.

Mr Dukes said that the €35 billion from the bail-out package would have to be used for the ongoing banking system - the banks that are remaining in business.

However, he added that the banking system would also require a further €15 billion.

The former Fine Gael leader acknowledged the whole situation as 'scary, but realistic', and said the Government was too busy 'firefighting' at the moment to take a long-term view.

Any solution to this crisis must be 'euro zone' based, he said, and it will be an issue that the incoming government must tackle.

Meanwhile, the Irish Bank Officials' Association has expressed concern over the decision by Minister for Finance Brian Lenihan to authorise the auction of the deposits of Irish Nationwide Building Society.

The High Court yesterday gave the green light for deposits in Irish Nationwide and Anglo Irish Bank to be auctioned off to other banks by the State.

IBOA General Secretary Larry Broderick said it was not in the banking industry's best interests to sell off the deposits to the highest bidder. 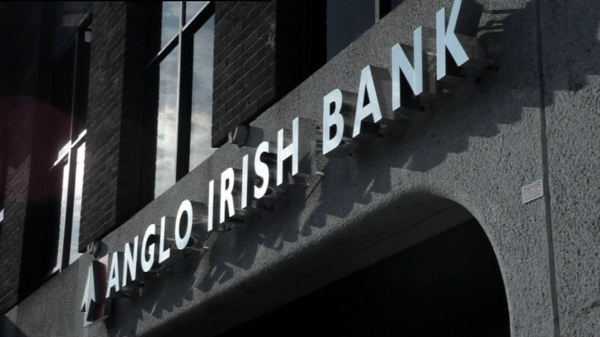