Mary Hanafin has been named the new Deputy Leader of Fianna Fáil as part of a new frontbench team announced this afternoon by party leader Micheál Martin.

Five backbenchers and one Senator have been named to the frontbench, as well as three candidates who are not members of the Oireachtas, and former Minister Willie O'Dea.

Mr Martin made a virtue of necessity, as he named a 21-member frontbench, 14 of whom have not served in Cabinet.

The new faces may freshen up the party's image and they were also necessary due to the recent Cabinet clear-out.

Mary Hanafin is named Deputy Leader, and will also be Spokesperson on the Environment. The other five serving Ministers will continue with their existing portfolios.

Senator Mark McSharry joins the front bench, as do five junior ministers, five backbenchers, and three Dublin-based candidates who are not members of the Oireachtas - Averil Power, Jim O'Callaghan and Mary Fitzpatrick.

And former Minister Willie O'Dea, who resigned in a controversy over an incorrect High Court affidavit, makes a comeback to be spokesperson on Communications.

Asked about the impression this would leave, Mr Martin said Mr O'Dea had already paid a ‘heavy price’, and that he is one of the most talented people in Leinster House.

Later, it was announced former Minister for Defence Tony Killeen had been appointed as Fianna Fáil’s National Director of Elections. PJ Mara was appointed as Chairperson of the Election Committee.

Elsewhere, the Labour Party launched its election campaign with a plan for 'enterprise, innovation and growth' yesterday.

Party leader Eamon Gilmore declared that the country could not afford to lose another generation to emigration.

Speaking on RTÉ's The Week in Politics, Labour spokesperson on housing and local government Ciarán Lynch said the implementation of the Croke Park Agreement would be a priority for his party.

Fine Gael launched its campaign with a five-point plan to protect and create jobs, keep taxes low and reform the health and political systems. 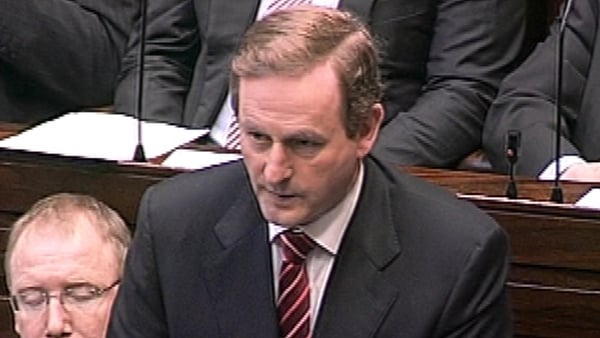