Four contenders have declared an interest in replacing Brian Cowen as leader of Fianna Fáil.

Nominations closed at 1pm this afternoon, with former Minister for Foreign Affairs Micheál Martin the frontrunner to lead the party into the General Election.

Mr Martin said he is satisfied that a majority of the Fianna Fáil parliamentary party are committed to him as the next leader of the party following an extensive phone canvass over the past two days.

Speaking on local radio in Cork this morning, Mr Martin would not identify who he thought his main rival would be, only saying it was good that there are so many contenders.

Mr Martin said there should be a general election held by the end of February.

He will be proposed by Ministers of State Dara Calleary and Áine Brady.

Supporters of Minister for Finance Brian Lenihan have conceded that he has a fight on his hands if he is to win the contest.

Mr Lenihan will be proposed by Sean Connick and seconded by Thomas Byrne.

Minister for Tourism, Culture and Sport Mary Hanafin appealed to younger TDs after she confirmed her interest in the position yesterday.

Minister for Social Protection Éamon Ó Cuív said his vision of Fianna Fáil was of a party that balanced economic growth with social and community enrichment.

Mr Ó Cuív will be proposed by Eamon Scanlon and seconded by Micheál Kitt.

It was confirmed last night that Minister of State for Science, Technology and Innovation Conor Lenihan will not put his name forward for the party leadership.

The eighth leader of Fianna Fáil will be elected by a secret ballot at a parliamentary party meeting on Wednesday afternoon. 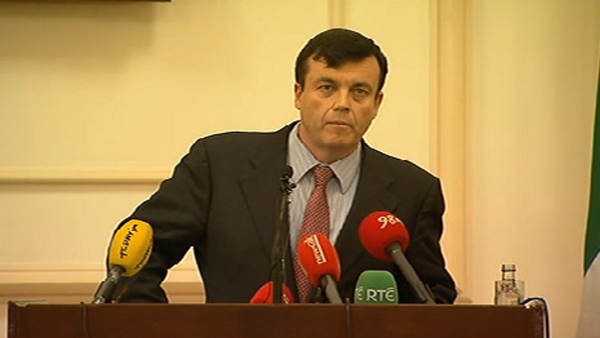