Albanian prosecutors have issued arrest warrants for six members of the republican guard over the deaths of three men who were shot outside Prime Minister Sali Berisha's office during anti-government protests on Friday.

The situation in Albania remained tense today as the opposition observed a day of mourning to attend the burials of two of the victims.

The funerals, attended by Socialist opposition leaders, were being held in the south of the country, several hours drive from the capital, Tirana.

Opposition leader Edi Rama, the Mayor of Tirana, has promised that the protests will continue, once the mourning period is over, while Prime Minister Berisha called for an anti-violence rally of his supporters on Wednesday.

Tens of thousands of people took to the streets on Friday for the anti-government protest called by the socialist opposition. The demonstration ended with violent clashes between protesters and the police which resulted in the three deaths.

The clashes in Albania marked the first time opposition protests had ended in violence since a political crisis erupted here after disputed a general election in 2009.

The Albanian prosecutor's office announced yesterday that it had issued at several arrest warrants for people suspected of playing a role in the three deaths but would give no further details.

According to judicial sources, the warrants were issued for six members of the republican guard who will be investigated over the deaths.

Other sources within the prosecution said police were refusing to arrest the suspects.

The prosecutor's office has not yet revealed the conclusion of its probe into the deaths and is under enormous political pressure from both sides who blame each other.

The opposition claims the men where shot by soldiers while Mr Berisha maintains the fatal weapons used were not used by security forces.

Pro-government media suggests the deaths could have been a settlement of grievances among the protesters themselves.

The international community has called for an impartial investigation into the deaths, urging both parties to remain calm while blasting the plans for new protests. 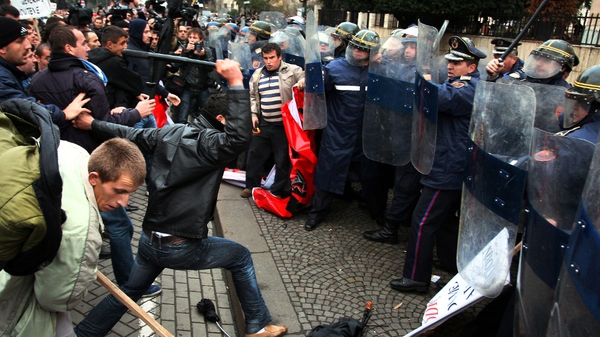