The economy and the motorway through Northern Ireland were two of the issues discussed at the North South Ministerial Council meeting today.

Taoiseach Brian Cowen and five Government ministers were in Co Armagh for the meeting.

The discussions focused to a great extent on the economy.

At a press conference this afternoon, Northern Ireland First Peter Robinson said they discussed the sharing of information and knowledge on the economic situation.

Deputy First Minister Martin McGuinness said they agreed that where mutual benefit can be gained regarding the economy, it is very important that they work ever closer together.

Taoiseach Brian Cowen said we had seen in recent times the emphasis that must be placed on deepening co-operation between North and South at a time of great economic challenge in the country.

On banking, he said there had been a very close co-operation between Minister for Finance Brian Lenihan and his Northern Ireland counterpart, Sammy Wilson.

The issue of historic child abuse was also discussed.

Mr McGuinness said Northern Ireland can learn a lot from the experiences in Dublin following the Ferns, Murphy and Ryan reports.

On the topic of the motorway through Northern Ireland - which will link Donegal and Monaghan - Mr McGuinness said he was very pleased that yet again the Taoiseach had recommitted his Government to the further progression of the A5 and A8 road projects.

Brian Cowen said it was a €480m commitment for the Irish Government.

He said it was a huge project of mutual benefit which will open up access into the northwest, both to Derry and Donegal.

In relation to the Budget, Brian Cowen said they had stabilised the economy during 2010 against the background of a contraction in 2009.

He said the last quarter of 2010 saw the first quarter of economic growth in the Republic economy for over two-and-a-half years.

Now as we look to the first quarter of 2011, he said, he hopes to be able to officially say that, on the basis of two successive quarters, Ireland has moved out of recession.

But he said the challenge remained the same and he emphasised the importance of bringing about the four-year plan.

Regular meetings of the administrations at the North South Ministerial Council were established as part of the Good Friday Agreement.

There were 12 DUP, Sinn Féin, Ulster Unionist and Alliance ministers from the Northern Ireland Executive present. 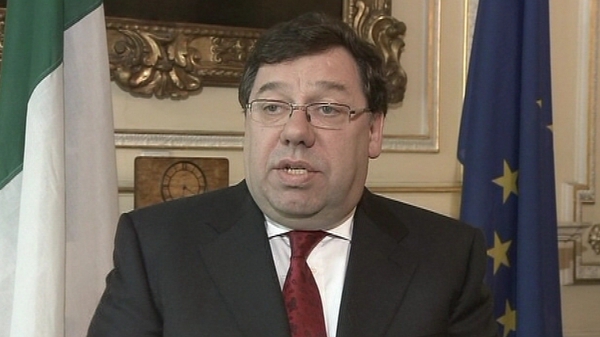