Smokers took a last legal puff and stubbed out their cigarettes in tapas bars and restaurants across Spain last night as one of Europe's strictest anti-tobacco laws came into force.

After a one-day amnesty granted for New Year's Day, the new law banning smoking in bars, restaurants and public places - including some outdoor areas - took effect at the stroke of midnight.

It was a shock for many Spaniards for whom smoking while enjoying a drink and tapas has been an essential part of daily life.

‘It is over already. We have taken away all the ashtrays. When you look at the health question I agree but I also think there should be a minimum zone where you are allowed to smoke,’ said Elena de Lucia, a 22-year-old waitress, and smoker, at the Variety Tavern, a pub in central Madrid.

Her fellow weekend bar worker, Cristina Madrid, 22, a non-smoker, welcomed the new law. ‘Really, I used to end up smoking a lot as a passive smoker and the next day it affects you,’ she said.

Spain had an anti-smoking law since January 2006 but the impact was barely noticeable.

It banned smoking in the workplace, on public transport and in shops. But it allowed owners of bars, restaurants and cafes to decide whether to ban smoking or not.

Most, faced with a drop in business, naturally chose to permit their customers to light up.

The new law bans smoking in all enclosed public spaces, including bars, restaurants and nightclubs and makes it illegal to smoke in children's parks or anywhere on school or hospital grounds.

The catering industry worries it will take a hit.

Jose Luis Guerra, vice president of the Spanish Hotel and Catering Association, said bars and restaurants had taken a beating for the past 31 months because of the economic crisis.

He said the ban could lead to a further drop in sales in restaurants, bars and night clubs.

Working at the door of central Madrid's Capucho cocktail bar, 60-year-old Juan Manuel Casado, a former smoker, predicted a slight drop in business at the start of the ban.

None of the cocktail bar's staff smoked, Casado said. ‘It is going to be great.’

Further down the road at street corner beer bar El Diaro, customers were still puffing away after the midnight deadline had passed.

Marta Teruel Romero, 26, a student and social worker, shared drinks and tapas with friends, enjoying her last night of freedom to smoke indoors in public.

‘They are discriminating too much,’ Teruel Romero said. ‘The law the way it is is fine. There was space where you could smoke and space where it was smoke free.’

But the new law would not be enough to persuade her to stay at home. ‘I will have to get used to it.’

Anti-smoking campaigners in Spain, where there are an estimated 50,000 smoking related deaths each year, were overjoyed.

‘This year, 2011, I can say the Three Wise Men have brought a great gift for Spain: the publication of this new law,’ said Jose Luis Diaz-Maroto Munoz, a family doctor and expert on the effects of smoking.

He said it would discourage children taking up the habit, encourage smokers to quit and ‘allow us all to breathe air that is not polluted by smoke’. 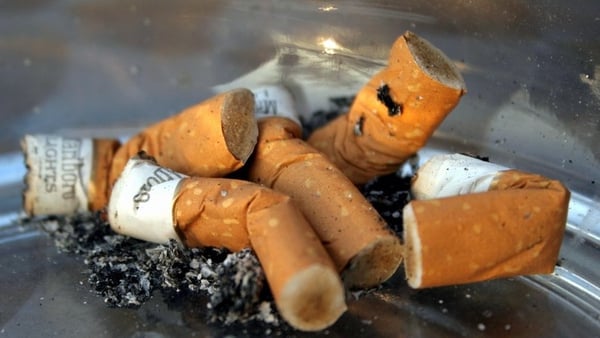