Kosovo Prime Minister Hashim Thaci's PDK party made the strongest showing in the general election, winning 33.5% of the votes.

The LDK party, a former coalition ally of the PDK, took second place with 23.6%.

The Electoral Commission said that turnout was 47.8% of the country's 1.6m eligible voters.

Mr Thaci's party does not have enough seats for an overall majority in the 120-seat parliament and will need to rely on coalition partners to form a government.

However, the LDK and other parties have complained of irregularities in areas and said they would ask for a re-run of the vote in two constituencies.

European observers have said there were 'serious allegations of fraud', with concern over exceptionally high voter turnout in some areas.

'Serious allegations of fraud in two municipalities have been brought to the attention of the delegation,' the German head of the European Parliament's observation team, Doris Pack said.

'The delegation encourages the political parties to follow proper legal procedures. Identified perpetrators should be prosecuted promptly in line with the law in order to curtail the culture of impunity,' she said.

The head of the observation team was referring to reports of an unprecedented turnout in Mr Thaci's stronghold region of Drenica, where according to election authorities around 95% of voters cast their ballots.

The European Network of Election Monitoring Organisations (ENEMO) said separately the elections were orderly but also noted 'some cases of breaches of procedures and irregularities'.

But he said that 'some allegations of manipulation of the voting and counting process in certain municipalities, along with doubts over reported turnout in certain parts of Kosovo, have been registered.'

Mr Vujovic said the turnout in certain municipalities - like Srbica, where 93.68% of voters were registered as casting their ballots in the region of Drenica - 'show figures that may be particularly questionable.'

'ENEMO urges all stakeholders who question the validity of the process to use the legal means provided in the laws' to address their concerns', he said.

Yesterday’s election was Kosovo's first since its unilateral declaration of independence from Serbia in 2008. 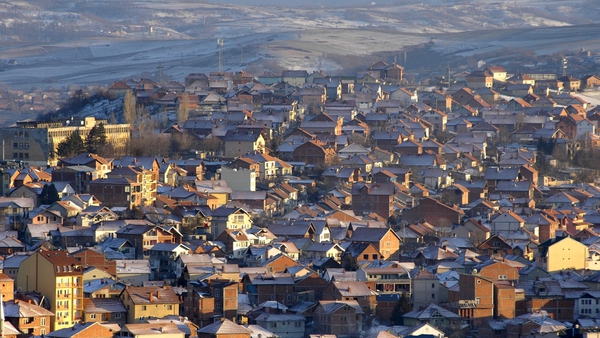