The Government has confirmed that the deficit will be 32% for 2010 - the highest in the eurozone - as a result of recapitalising the banks.

In the pre-budget white paper, the Department of Finance said the deficit would be 12% next year. However, the tax take will be slightly ahead of expectations.

The white paper is usually the last piece of the jigsaw before the Government finalises the budget.

The figures show the Government expects to have collected taxes of €31.5bn, which is marginally ahead of expectations for 2010.

The State will have a deficit of €18.7bn for the year. That gap between spending and revenue has led to the 32% deficit.

Paying the interest on national debt will have cost €4.8bn, but will cost €5.1bn next year.

Minister for Foreign Affairs Micheál Martin said he was not surprised by the figure.

Minister Martin said the figure of 32% was well flagged because of the banking situation.

He added that it highlighted the importance of the Government’s fiscal plan. 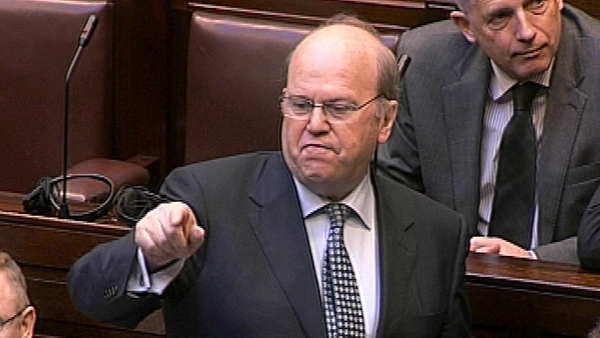