Taoiseach Brian Cowen has confirmed that a major financial assistance plan for Ireland has been agreed with the EU.

He said the terms of the funding being sought would be the subject of negotiations and would be used to put the Irish banking system back on its own two feet and to address the current deficit.

Income tax levels would be returned to 2006 levels he said.

He told a press conference in Dublin tonight that the solidarity that has been shown to Ireland by other countries should also be shown in Ireland.

Mr Cowen also said that corporate tax rates would not be changed as part of this deal.

The Minister for Finance, Brian Lenihan, said Europe stood fully with Ireland in relation to the eurozone.

Mr Lenihan repeated the figure involved would not reach €100bn and not all of the money on offer would be drawn down.

He said the period of the loan had not been determined, although normal programmes applied over three years.

Mr Lenihan said our options had been narrowly circumscribed since 2008 and the Government had acted appropriately.

He said a clear option now was to look at bank assets - the vast part of the banks now being in public ownership - and to see what assets could be disposed of.

Meanwhile, one man was injured in scuffles that broke out outside Government Buildings as Government ministers were driven onto Merrion Street.

About a dozen gardaí had to form a barrier to allow the cars pass.

The man was taken away in an ambulance.

The Governor of the Central Bank, Patrick Honohan, has said the Government's announcement to apply for support from the EU and the IMF set economic and financial policy on a secure path.

He added that the banking system retains the support not only of the Central Bank but of European institutions.

‘We welcomed the request of the Irish government for financial assistance from the European Union and the International Monetary Fund,’ Mr Rehn said.

‘Providing assistance to Ireland is warranted to safeguard the financial stability in Europe,’ he said.

Mr Rehn said a team of European Commission, European Central Bank and IMF experts in Ireland would prepare the details of the assistance package by the end of the month, adding it would be a three-year loan programme.

‘The programme under preparation will address both the fiscal challenges of the Irish economy and the potential future capital needs of the banking sector in a decisive manner,’ Mr Rehn said.

He added the size of the package would be determined together with the programme.

‘I welcome the response from the European Union and euro-area Member States to the Irish Government's request for financial assistance to safeguard financial stability.

‘At the request of the Irish authorities, the IMF stands ready to join this effort, including through a multi-year loan.

‘An IMF team, currently in Ireland for technical talks, will now begin to hold swift discussions on an economic program with the Irish authorities, the European Commission, and the European Central Bank.’ 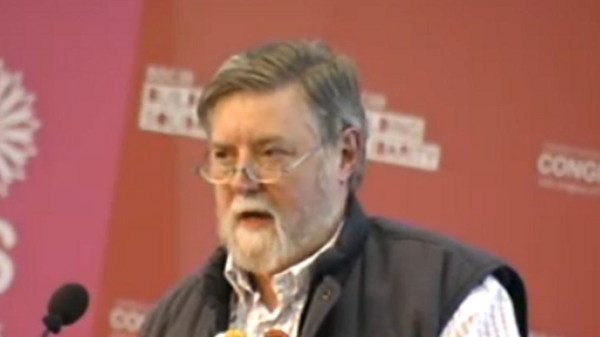