Taoiseach Brian Cowen has said Ireland is making no application to Europe or the International Monetary Fund for funding the State.

But Mr Cowen said the Government would continue to work with partners to find ways of bringing stability to financial markets.

The Taoiseach said what was needed was 'calm heads and cool consideration' of all the complex issues involved.

Earlier, Minister for Justice Dermot Ahern said he expects the four-year budget plan to be published early next week.

Mr Ahern also said that Ireland was in constant contact with the European Commission, but he said the nature of these talks were about the pressure on the euro.

The Minister reiterated that the country was fully funded until the middle of next year.

He said Ireland had not applied to the International Monetary Fund for assistance.

Commissioner Máire Geoghegan-Quinn also said no application has been received from the Irish Government for a bailout.

Head of the Eurogroup of finance ministers Jean-Claude Juncker said the eurozone countries would act quickly if Ireland needed help.

Mr Juncker said: 'We would be ready to respond to this request as soon as possible.

'Ireland has not formulated such a demand ... and we are not supposed to busy ourselves with a theoretical demand.

'The decision rests with the Irish Government. I am not making a public recommendation to Ireland.

'As for the budgetary consolidation, the Irish authorities have the matter in hand.'

The European Commission acknowledged that Ireland has come under pressure to accept a bailout.

However, a spokesman for Commissioner for Economic and Monetary Affairs Olli Rehn said the pressure was not coming from the European Commission but another player.

It is becoming increasingly clear that the Irish banking system's funding problems have deteriorated in recent weeks, which has caused significant concerns in Europe.

Between 27 August and 29 October, Ireland's banks received an additional €20bn in emergency liquidity funding from the Irish Central Bank.

At the same time, Irish financial institutions have also seen support from the European Central Bank jump to about €90bn.

High-level officials held meetings over the weekend regarding the possibility of a rescue fund for Ireland.

It is understood the discussions involved officials from Ireland, Germany, the International Monetary Fund, the European Commission and the European Central Bank.

It is believed agreement to a bailout would calm the markets after Ireland's cost of borrowing reached more than 9% last week.

The cost of borrowing for Ireland has declined today to 8.1%.

The drop follows a frenzy of media speculation over the weekend that Ireland was being urged to accept financial assistance.

Fine Gael Finance Spokesperson Michael Noonan said he thought there was substance in international media reports that there has been a difficulty in the Irish banks.

'I'm extremely concerned. I think the reports over the weekend are true,' Mr Noonan told the BBC.

'I think there is European intervention under way.

'I think the Irish Government are fighting a rearguard action for appearances purposes, but there's a meeting of the eurozone ministers for finance in Brussels tomorrow afternoon and on the following day there is a meeting of ECOFIN.

'That is the finance ministers of the whole European Union and I believe that things will come to head in the next 24 hours.' 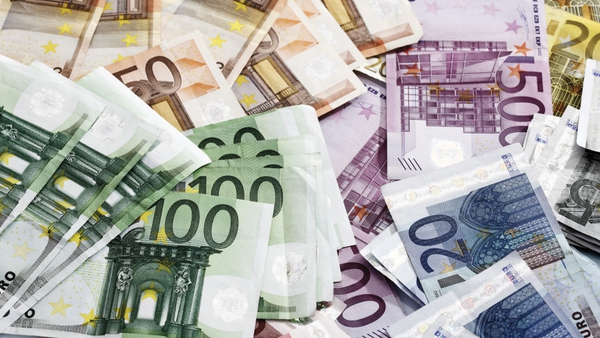 'What if' talks on possible Irish bailout