The United Nations has appealed for over $160m in extra funds to fight the cholera outbreak in Haiti.

Aid agencies are attempting to contain the disease in the capital Port-au-Prince, amid concerns it could spread through camps where over a million earthquake survivors have been living since January.

The agencies say over 11,000 people are being treated for the disease, but that number could rise to 200,000 in the coming days.

In a strategy plan drawn up with Haiti's government and aid agencies, the UN said Haiti needs $163.9m in aid over the next year to combat the epidemic, the first cholera outbreak in the country in a century.

Cholera could also spread to the neighbouring Dominican Republic, it said.

Haiti's epidemic was aggravated by flooding caused by Hurricane Tomas this month and added to a humanitarian emergency in the wake of the massive earthquake in January which killed more than 250,000.

The quake made some 1.5m people homeless, and living conditions in the western hemisphere's poorest state leave people extremely vulnerable to the disease, which is spread by dirty water or food. 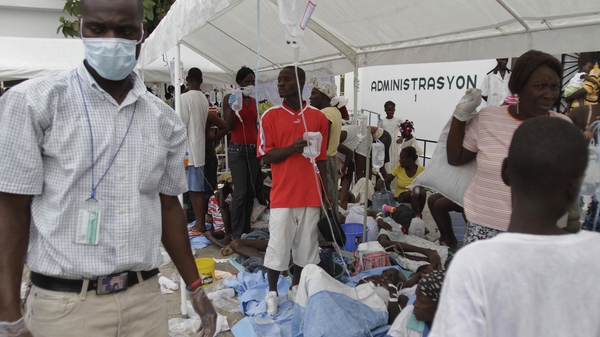