The Labour Leader is visiting the Donegal South-West constituency to campaign in advance of the by-election on 25 November.

Eamon Gilmore said the outcome of the by-election could mark a critical step on the road to recovery by hastening the end of the life of the current coalition Government.

Fianna Fáil candidate Senator Brian Ó Domhnaill criticised the Labour candidate Frank McBrearty, who he said has claimed that Labour would 'definitely not' make any cuts to the social welfare budget.

Senator Ó Domhnaill said Labour needed to be honest on the issue.

Last night, Mr Gilmore has said the pace of reform in the public service is far too slow.

He said the Croke Park Agreement had been in place since last summer but that little or nothing had been done to implement it.

In an interview on RTÉ's The Late Late Show, Mr Gilmore said it was important that the financial difficulties facing the country were dealt with in a robust manner.

Mr Gilmore said he accepted that we must work with European authorities, but added that we should not allow ourselves to be 'pushed around'.

He added that we must must not lose sight of the fact that we are an independent country. 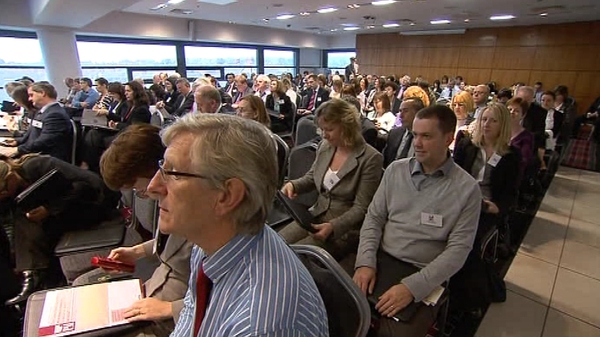 Call for 30,000 redundancies in public sector