The Government tonight lost a vote in the Seanad on an Opposition motion calling for reform of the system for electing Senators.

The motion was put forward by Joe O'Toole.

Senator O'Toole's motion called for changes to the system for electing university representatives by allowing graduates of all Irish universities a vote.

It also called for 23 Senators to be elected by a national vote - at present only TDs and local authority councillors have a vote.

The Fine Gael leader in the Seanad has said the result of the vote shows that the 'wheels are coming off this Government'.

Frances Fitzgerald said that yesterday the Government lost a TD, today they lost a court case, and now they have lost a vote in the Seanad.

It is understood that a number of Government Senators were not present for the vote and that some Independent Senators who normally vote with the Government were either absent or voted with the Opposition.

Senator Cassidy also said the result showed how tight things were for the Government numbers in the Upper House. 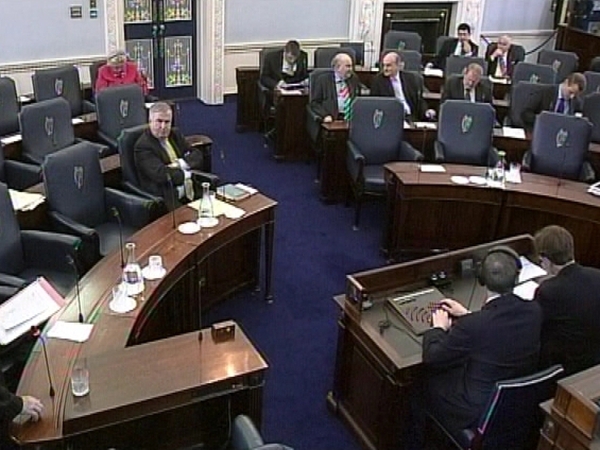