The Government has said that the Donegal South-West by-election will be held by the end of the month.

The announcement was made by Chief Whip John Curran following today's High Court ruling, which found there was an unreasonable delay in holding the vote.

Mr Curran said he expected the writ to be moved straight away.

However, he said the Government would appeal today's ruling to the Supreme Court.

He said the Government decided to appeal in view of the serious issues of constitutional importance raised by the High Court decision.

He said the Attorney General was of the view that serious matters had arisen around the separation of powers and that the appeal would be timely.

He said writs for the other by-elections - Dublin South, Waterford and Donegal North-East - will be moved in the New Year.

The High Court ruled this morning there has been an unreasonable delay by the Government in moving the writ for the Donegal South-West by-election.

The Court granted a declaration sought by Sinn Féin Senator Pearse Doherty and ruled that the delay amounted to a breach of Senator Doherty's constitutional rights.

The seat has been vacant since June last year.

It was the longest in the history of the State and represented a significant proportion of the five-year Dáil term.

He said the relevant legislation did not set out the time period in which a by-election should be called but he was satisfied it should be interpreted as requiring the writ to be moved within a reasonable time as in other countries.

He said far from the Court tearing asunder the provisions of the Constitution by adjudicating on this application - as claimed by the State, it was the ongoing failure to call the by-election, which offended the terms and spirit of the Constitution and its framework for democratic representation.

The judge said he was not going to order the Government to move the writ or not to oppose a motion for the issue of a writ.

But he said he hoped any clarification provided by this judgment would have that effect.

Mr Justice Kearns said the court might feel constrained to take a more serious view if any Government, not just the present one, was seen to be acting in clear disregard of an applicant's constitutional rights by continually refusing over an unreasonable period of time to move the writ for a by-election.

He said the Court can intervene in a more draconian way in extreme cases to protect constitutional obligations.

He said this was not yet such a case but in his opinion it was not far short of it.

Sinn Féin's Aengus Ó Snodaigh had earlier said he would seek to move the writ for the by-election in the Dáil tomorrow.

Speaking after the High Court ruling, Senator Doherty said the Taoiseach should call a General Election.

'That the Government chose to waste taxpayers' money fighting this case is a disgrace,' he said.

'Today's court decision has struck a fatal blow to the life of this Government.'

Labour leader Eamon Gilmore also appealed to the Government not to appeal the High Court decision, which he said, would involve spending more taxpayers’ money.

Earlier today, the Green Party said the writ for the by-election should be moved as soon as possible, even if the Government decides to appeal the ruling. 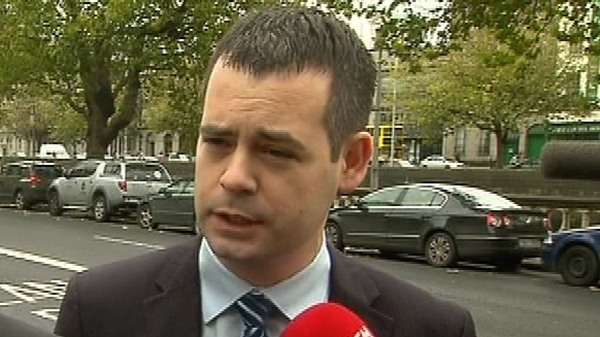