Italian Prime Minister Silvio Berlusconi has dismissed calls to resign over reports he helped a 17-year-old girl who attended parties at his house, saying it was ‘better to like beautiful girls than to be gay’.

He refused to apologise for his fondness for young women and denied doing anything improper, after the case of the girl known as Ruby filled Italian newspapers last week and opposition lawmakers called for him to resign.

‘As always, I work without interruption and if occasionally I happen to look a beautiful girl in the face, it's better to like beautiful girls than to be gay,’ he told a meeting at a motorcycle industry show in Milan.

‘You should be completely reassured about the government and about the fact that it's a government that still has a majority that intends to govern until the end of its term,’ he said.

Mr Berlusconi, who has tangled with the media over parties and women in the past, has been under increasing pressure since newspapers last week carried reports about the teenager who attended parties at his villa at Arcore near Milan.

The Corriere della Sera newspaper reported details of a phone call it said Mr Berlusconi made to a Milan police chief on Ruby's behalf when she was detained over a separate theft incident in May, raising questions of whether he improperly intervened.

Mr Berlusconi says he helped Ruby, whose real name is reported by Italian newspapers to be Karima El Mahroug, but he denies exerting any improper pressure on police officers.

‘This recent storm in the newspapers is a paper storm,’ Mr Berlusconi said. ‘You will see in the end that nothing else happened apart from an act of solidarity by the prime minister, which I would have been ashamed not to do.’

The teenager, who has since turned 18, has told newspapers she received €7,000 from Mr Berlusconi after attending two parties.

She has denied having sex with the 74-year-old premier. 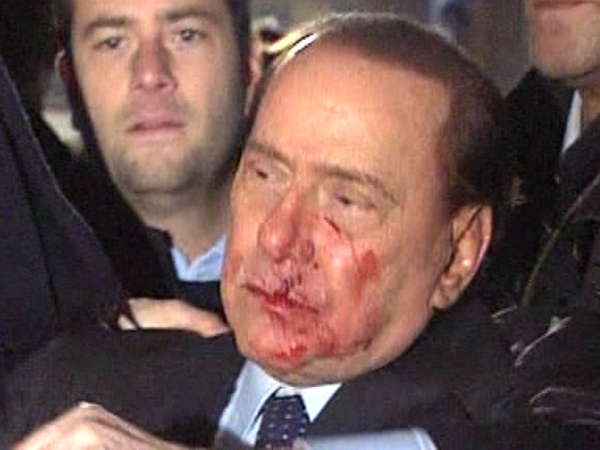