The Minister for Health has said she anticipates huge interest in a one-off early retirement and redundancy scheme being offered to up to 28,000 Health Service Executive employees.

Under the scheme, agreed by the departments of Finance and Health as well as the HSE, early retirement will be offered to staff who are over 50 years of age, while voluntary redundancy will be open to staff up to the age of 60.

To be eligible, staff in the clerical, administrative or support grades must apply by 19 November and agree to leave the service by the end of the year.

Mary Harney said workers who avail of the scheme would not be replaced, which was estimated to save the HSE €200m a year.

The HSE has 17,000 clerical and administrative grade staff and 11,000 support staff.

Staff taking the voluntary redundancy package will get three weeks of pay per year of service, capped at two years' salary, plus their statutory entitlements.

Voluntary redundancy is provided for under the Croke Park agreement.

Minister Harney said she was confident that the HSE could deal with the challenges associated by reducing staff numbers.

She said she wished such a scheme could have happened before, but that with the economic climate the time had come now, and that it would help minimise the impact of cutbacks on patient services.

Health sector unions have voiced concerns about the impact on services of removing up to 5,000 staff by the end of the year.

Union representatives were decidedly downbeat when they left a briefing at the HSE employers' agency this morning.

SIPTU vice president Patricia King said the HSE appeared to have no plan at all for what would happen on 1 January 2011.

Ms King said there did not seem to be a plan for dealing with the consequences of taking up to 5,000 jobs out of the system by the end of the year. She described that as a very worrying scenario.

Her SIPTU colleague Paul Bell - who represents support staff in the health sector - went further, warning that there would be industrial trouble if the HSE tried to replace permanent staff made redundant with agency or contract workers.

He described the redundancy terms on offer as 'inferior' - a view echoed by IMPACT official Louise O'Donnell.

She said her union would challenge the terms of the package, and would probably refer the issue to a third part.

She added that the timescales were very tight, saying this type of decision on whether to take redundancy or early retirement required people to have more than a two-week period to decide.

Meanwhile, the Irish Nurses and Midwives Organisation said it is concerned that if support staff were let go and not replaced, that could have consequences for the workload for nurses, which they say is already excessive.

General Secretary Liam Doran said the announcement of today's package should and must lead to the lifting of the recruitment moratorium for nursing grades.

Fine Gael Health Spokesperson Dr James Reilly said the introduction of the schemes was under consideration two years ago but there is only action now.

'By Minister Harney's own admission, €400m could have been saved in the intervening years but, instead, the Minister's focus has been on withdrawing badly needed frontline services.'

He added that there was 'no clear plan of provision as to how the services would be re-organised to cope with the sudden loss of 5,000 staff including support staff.' 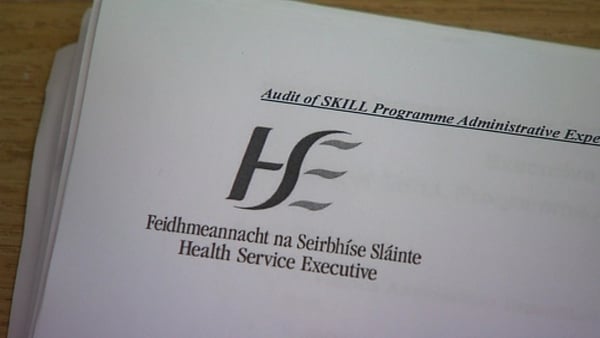