The National Treasury Management Agency has issued a statement in an effort to clear up what it calls 'some uncertainty' about how the State plans to treat subordinated debt in Irish banks.

Subordinated debt holders lend money to banks for a higher rate of interest as they take more of a risk of not being re-paid.

The NTMA said the Finance Minister, Brian Lenihan, had advised it that any new legislation on banks would apply only to subordinated debt from institutions which 'are not listed on a recognised stock exchange, are in 100% State control and cannot survive in the absence of total State support.'

This effectively means any new legislation would cover only Anglo Irish Bank and Irish Nationwide.

The NTMA said Brian Lenihan had also reiterated his position on holders of senior debt in the banks.

'These obligations rank equally with deposits and other creditors under Irish law. He confirms that he has no plans to change this position and that there is, therefore, no intention to impose losses on holders of such senior debt in any credit institution in the State through any legislative measures,’ the NTMA statement said.

Yesterday, Financial Regulator Matthew Elderfield told an Oireachtas Committee there should be caution about imposing losses on holders of senior debt in the banks in the current crisis.

He said the Government had made clear that it did not intend to impose such losses, but that this did not rule out the possibility of some negotiations or 'liquidity management exercise' agreed by consent.

Meanwhile, Minister for Justice Dermot Ahern has told the Dáil that the investigation into Anglo Irish Bank will be the most complex in the history of the State.

Mr Ahern said the DPP has retained two senior counsel and one junior counsel to advise the investigators. 27 gardaí and 16 officers of the Office of the Director of Corporate Enforcement are involved. 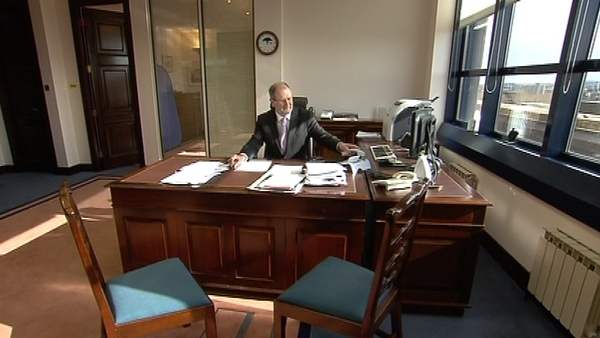