Russian billionaire and Chelsea FC owner Roman Abramovich may take legal action against the Government over its decision to make subordinated bondholders in Irish Nationwide pay part of the bill for dealing with the building society's huge property losses.

‘We urge Irish authorities to re-consider their position on INBS subordinated bonds and come out with a detailed plan on what is going to happen to this institution,’ a statement from Mr Abramovich's investment vehicle Millhouse said in a statement.

‘In the meantime, we are fully prepared to vigorously defend our position using all possible legal means.’

The Government said yesterday it expected bondholders in INBS and nationalised lender Anglo Irish Bank to make ‘a significant contribution’ towards meeting the cost of a bill of up to €40bn for cleaning up their years of reckless lending.

Both bonds are trading at significant discounts in the secondary market.

‘We fail to see how we can ‘significantly contribute’ to the cost of survival of the Irish Nationwide Building Society given that even if the entire lower tier 2 debt is wiped out this would only save a meagre 2.3 percent of the total cost of (the) bailout of INBS.’

A spokesman for Ireland's Department of Finance said it was working with the country's Attorney General on the issue of burden-sharing by subordinated bondholders in Anglo Irish and INBS.

Mr Abramovich, who owns Chelsea football club in London, is Russia's fourth richest man with an estimated worth of $11.2bn. 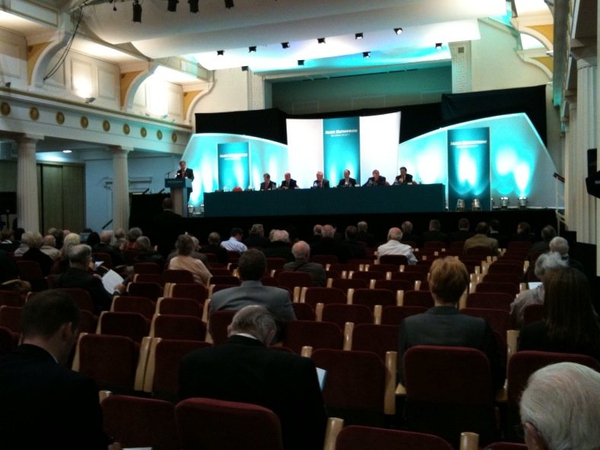